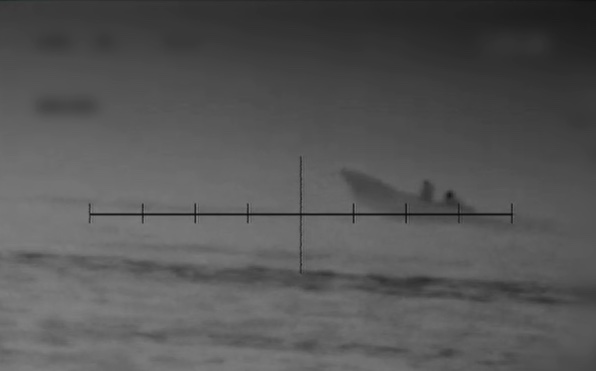 Israeli security forces thwarted an attempt to smuggle weapon production materials from the Sinai Peninsula through the Mediterranean Sea to the Hamas terror group in the Gaza Strip several weeks ago, the military said Wednesday.

Three Palestinians, including one previously jailed in Israel for similar offenses, were arrested when Israeli troops stopped a vessel allegedly involved.

Details of the operation, which occurred on April 8, were barred from publication until Wednesday.

The Israel Defense Forces said the operation was a “joint intelligence and operational effort by Israeli Navy forces and the Shin Bet security service, along with Military Intelligence.”

According to the military, in the evening hours of April 8, after receiving intelligence information, troops halted the vessel as it attempted to cross into Egypt’s territorial waters from the Gaza Strip. The three men on board were taken to the Shin Bet for further questioning.

One of the three was Mahmoud Bakr, whom the military identified as a senior smuggler who worked with a number of terror groups in the Strip. Bakr was indicted in June 2020 after he was arrested during a similar attempt. He was jailed in Israel for a year before being released to the Hamas-run coastal enclave.