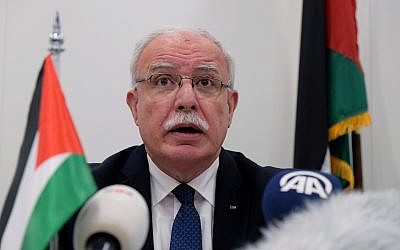 Israel has lodged a formal protest with the International Criminal Court (ICC) for launching a campaign last month to reach out to “victims of the situation in Palestine,” an unusual step which Jerusalem officials charge casts doubt on the court’s ability to treat the Jewish state fairly.

In a press release issued in July, three judges, who are members of the so-called pretrial chamber dealing with Palestinian complaints of alleged Israeli war crimes, ordered the court’s registry “to establish, as soon as practicable, a system of public information and outreach activities for the benefit of the victims and affected communities in the situation in Palestine.”

Furthermore, the judges required the registry — a neutral organ of the court providing administrative support — to open an “informative page on the Court’s website” geared exclusively to Palestinians, and to report on the progress of its activities every three months.