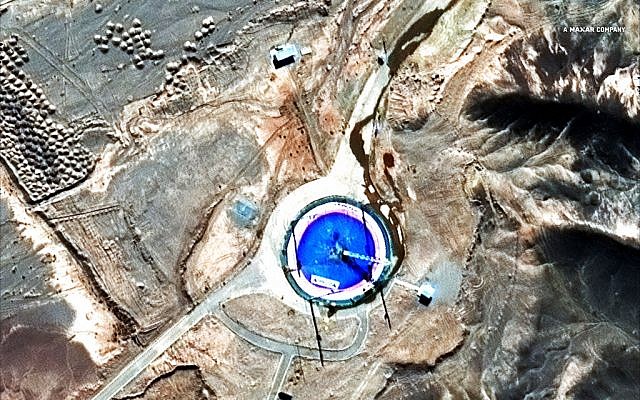 Israel has discovered a new ambitious precision missile factory being constructed by Iran in Syria together with the Syrian government and Lebanese terror group Hezbollah, after Israel bombed and destroyed a previous one, an Israeli TV network reported Thursday evening.

The report on Channel 12 said the new factory was recently built near the northwestern city of Safita in hopes that Israel wouldn’t discover it in the location, which is far from previous Iranian sites struck by Israel elsewhere in Syria. The factory is intended to focus on producing precision missiles, dramatically upgrading the threat to Israel from the vast arsenal of rockets and missiles deployed against it in southern Lebanon by Iran’s proxy, Hezbollah.

To build it, Channel 12 reported, Iran had to bypass international sanctions on its missile program via a series of straw companies established by Syria’s Scientific Studies and Research Center (SSRC), a government agency that manufactures weaponry and whose facilities have repeatedly been targeted by Israel in the past.

Those companies — established specifically for that purpose — ordered missile parts from Italy, China and other countries in eastern Asia, the report said. The companies are named the Organization of Technological Industries (OTI) and ANAS Group, according to the report.

Israel has nevertheless discovered, tracked and uncovered the facility, the network said, as part of its effort to thwart Iran’s military entrenchment in Syria.

Israel says it has carried out hundreds of airstrikes on Iranian-linked targets as part of a campaign to prevent Tehran from establishing a military presence in Syria.

The previous Israeli airstrike on a precision missile factory in Syria occurred in September, when Syrian air defenses shot down a Russian military aircraft, killing all 15 servicemen aboard.

Russia, which is allied with Damascus, blamed the Israeli military for the incident, a charge rejected by Jerusalem, and later transferred advanced air defense systems to Syria in a move condemned by Israel.