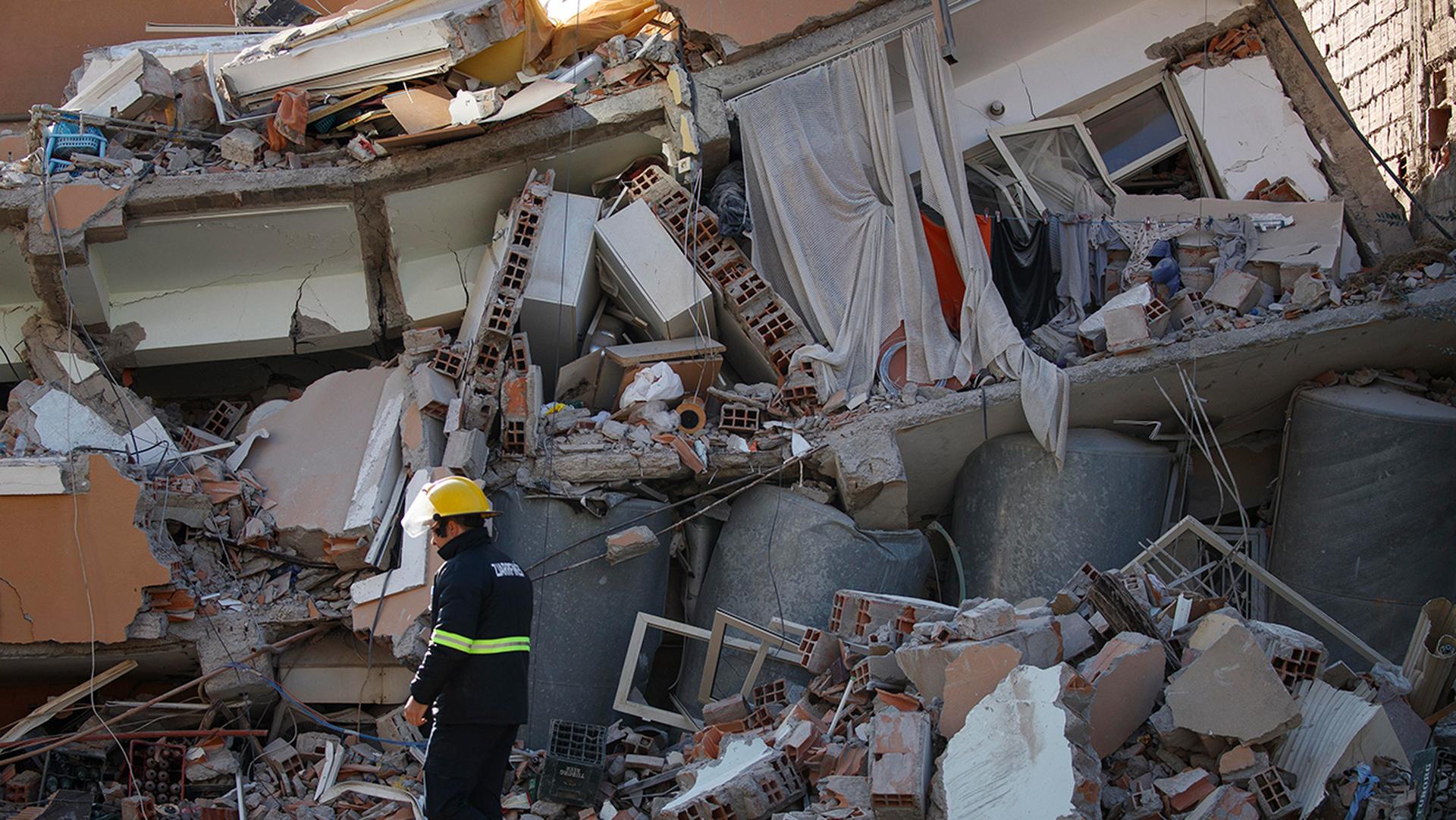 Israel Rescue and Service team from Mevo’ot HaHermon Regional Council sent to Albania, continue their search for survivors Wednesday, in the city of Durres, following a 6.4 on the Richter Scale earthquake that shock the Balkan nation on Monday and resulted in at least 26 dead, more than 650 injured and dozens more still missing.

This was the strongest earthquake to hit Albania in decades and it is feared may be the deadliest as well.

The epicenter was 30 Km west of the capital and was felt in the Balkans and Italy.

The quake in Albania Tuesday was followed by a smaller one in nearby southern Bosnia and a 6.1 magnitude temblor Wednesday off the coast of the island of Crete in Greece. No significant damage or injuries were reported from either quake.
Rescue teams and other disaster experts arrived from more than a dozen countries including France, Italy, Greece, Romania, Turkey, Serbia, and the United States.

This is not the first time an Israeli mission was dispatched to help in search and rescue or medical assistance in natural disasters.
IDF teams were dispatched to some of the worst earthquakes of the past decades, from Haiti in 2008, Mexico in 2010, Nepal in 2015.
In Durres, Albania’s second-largest city, on the Adriatic Sea, residents slept in tents and cars and at a soccer stadium as powerful aftershocks from the earthquake continued. Others spent the night on open ground, huddling around fires to stay warm.

Rescuers continued to comb the rubble of a four-story villa that housed an extended family, looking for potential survivors. Locals said they believed about six people might still be in the collapsed structure.
Stopping at intervals to listen for sounds of survivors, local and international rescue crews searched through the rubble of collapsed buildings Wednesday, as hopes of finding people alive waned a day after a deadly earthquake in Albania killed at least 28 and injured more than 650.