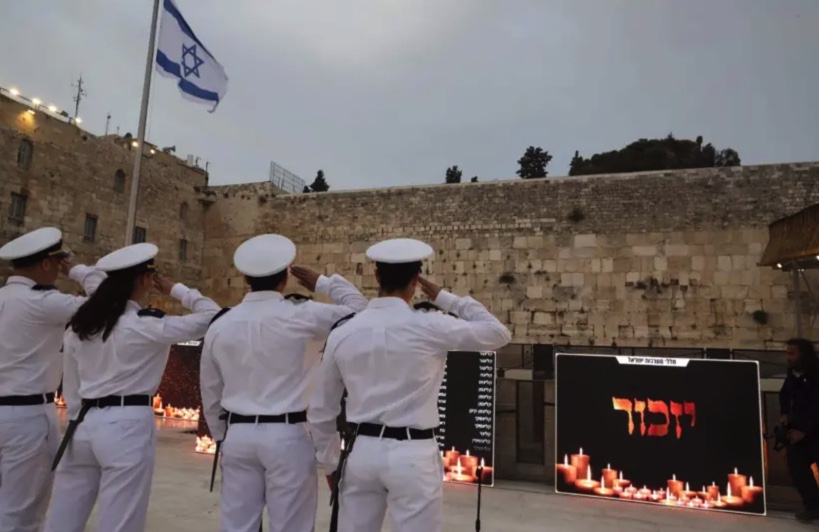 Israel remembers its fallen soldiers and victims of terrorism

Israelis owe their fallen soldiers and victims of terrorism a commitment not to let disagreements and political debates tear them apart, Prime Minister Naftali Bennett said on Tuesday at a ceremony marking the beginning of Remembrance Day.

“I cannot speak on behalf of the fallen, but I believe if they could, they would have told us: keep living together,” said Bennett. “Do not let disagreements tear you apart from within. If we allow anger and hatred to grip us, then our enemies will take advantage of it to harm us.”

His speech came just a few hours before Israelis stood in silence for one minute on Tuesday night, remembering the service members who died protecting the state and the victims of terrorism ahead of the country’s 74th Independence Day.

In total, 24,069 soldiers, police officers, prison wardens, Shin Bet (Israel Security Service) and Mossad agents were killed defending the pre-state Yishuv and Israel since 1860. That number also includes members of the pre-state militias and the Jewish Brigade, who served in the British army during World War II.