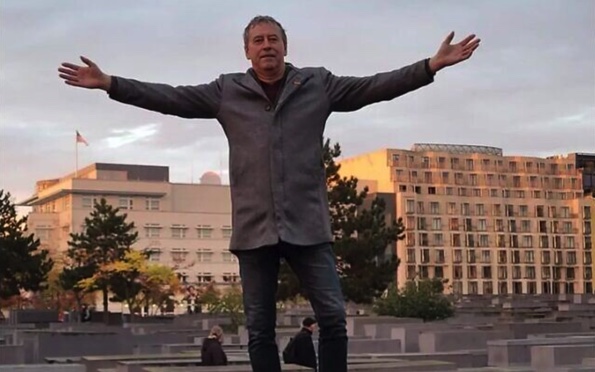 Israel’s ambassador in Berlin has slammed a member of the far-right Alternative for Germany party for appearing to dance on the country’s Holocaust memorial.

Ambassador Ron Prosor said tweeted Tuesday that far-right politician Holger Winterstein had brought “shame upon himself and his party.”

A picture posted on social media showed Winterstein posing with outstretched arms on one of the stone slabs that form the memorial in Berlin for the six million Jews murdered by the Nazis in the Holocaust.

German media reported that the picture was taken after a protest organized Saturday by Alternative for Germany.

The party, known by its German acronym AfD, said it would take action against Winterstein over his “extremely disrespectful behavior.”