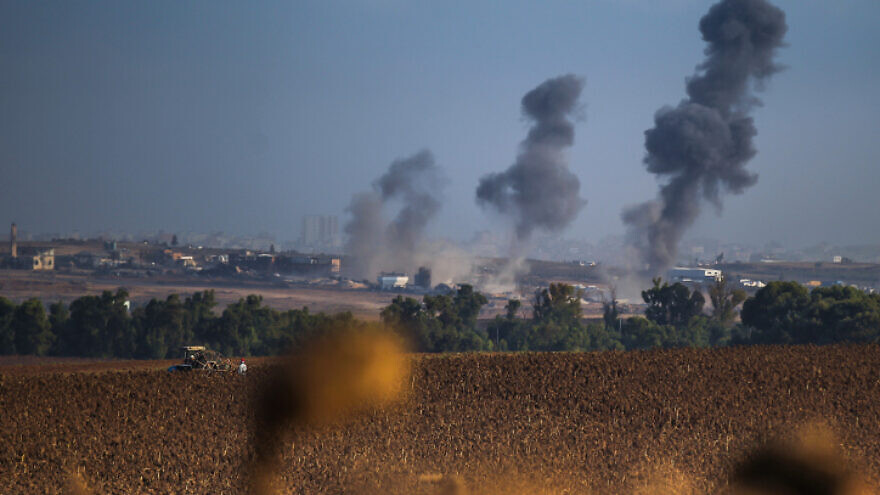 The Israeli strikes targeted training compounds, weapons manufacturing and storage sites, and underground infrastructure, according to the Israel Defense Forces.

The IDF said it had targeted the Hamas sites after Palestinian terrorist groups fired 10 rockets into Israel on Friday night.

Eight of the rockets were intercepted by Israel’s missile-defense systems, and one rocket hit a house in a town near the border, causing damage but no casualties, according to police.

The IDF strikes killed one man in Gaza, said Palestinian and Israeli officials, according to Reuters.

No group claimed responsibility for the rockets, though Israel holds Hamas responsible for all attacks emanating from the Gaza Strip, which Hamas controls.

Israel unilaterally withdrew from Gaza in 2005.