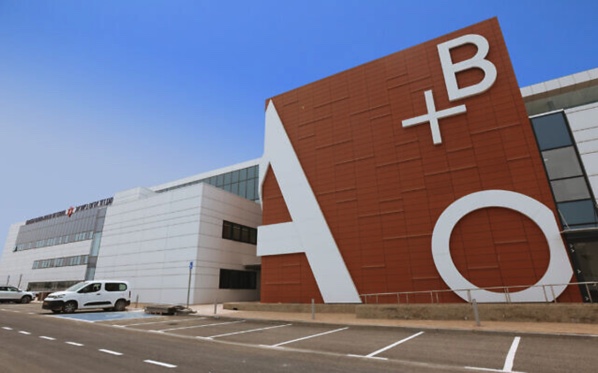 The world’s most secure national blood bank opened in Israel on Monday, the most important parts shielded in an underground structure — from terrorism, chemical and biological attacks, and earthquakes.

Magen David Adom’s $135 million Marcus National Blood Services Center has taken four years and some 11,000 tons of steel to complete. The guiding principle is that the country’s blood supply is a “strategic asset” that may save many lives in emergency scenarios, and as such should be protected.

“We visited many blood banks around the world when planning, and found that there is simply no other country with a facility like this, with such a high level of protection for the national blood supply,” Moshe Noyovich, the engineer who oversaw the project and a senior official at American Friends of Magen David Adom, which funded it, told The Times of Israel.

“We have built something that’s a new standard in protecting blood, which is important as it’s a strategic asset,” he said.

President Isaac Herzog, Health Minister Nitzan Horowitz, and other dignitaries attended the inauguration ceremony at the facility in Ramla, central Israel, on Monday. It will process and store almost all of Israel’s blood donations, for both civilians and the military, when it becomes fully functional in the summer.