Israel-Kazakhstan relations continue to expand and diversify under new president 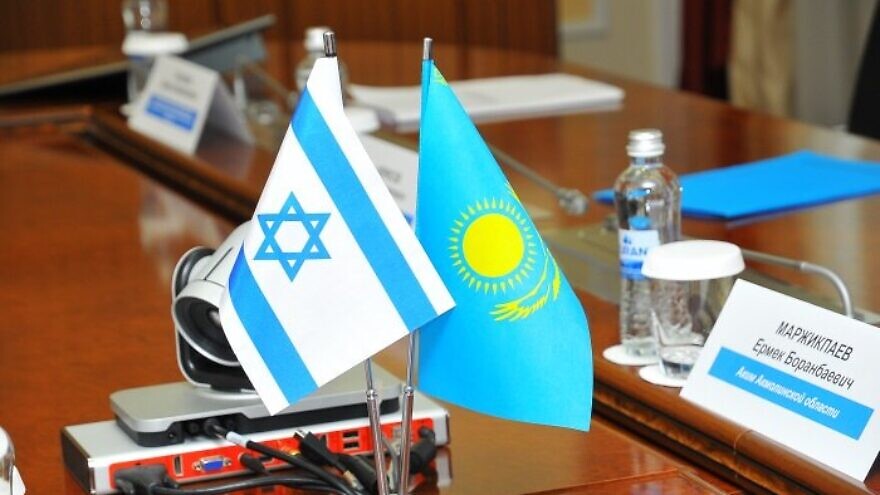 The Central Asian country, former Soviet republic and Muslim-majority country has a history of strong connections with Israel and supports its local Jewish population.

(October 23, 2019 / JNS) Ties between Israel and Kazakhstan, a former Soviet republic, continue to be strong and are expanding under new President Kassym-Jomart Tokayev, according to Israeli ambassador Liat Wexelman.

Tokayev, 66, who took office in March, is the handpicked successor of Nursultan Nazarbayev, who led the country for nearly 30 years.

“Israel is an important partner of Kazakhstan in the Middle East, and we are working to enhance the close bilateral ties, especially in such matters as commerce, innovation, education and public diplomacy,” Wexelman told JNS.

Asked about the situation for the Jewish community in the Muslim-majority country in light of ongoing tensions in the Middle East, the ambassador responded that “the Jewish community and the limited number of Israelis residing in Kazakhstan are enjoying a safe life.”

She said government authorities and the Jewish community have warm ties going back in history to when waves of Jews were evacuated to the country.

“The political tensions in the Middle East are not reflected in any way on these positive ties,” added the Israeli ambassador.

Over the last year, said Wexelman, the Israeli Embassy in Kazakhstan has concentrated efforts on economic development. “We are certain that upgrading economic relations will provide a genuine boost to political relations accordingly.”

“Taking into account that Israel is considered the startup nation and has many cutting-edge, state-of-the-art technologies in fields that are top priority for the government of Kazakhstan, we succeeded in forging some durable partnerships,” she continued.

The Israeli embassy has organized or participated in various events on these topics, helping to bring Israeli experts and businesses to the country, where an estimated several thousand Jews live.

Chief Rabbi Yeshaya E. Cohen told JNS in an interview that it is good to compare the past and the present to get an idea of the context of Jews in the central Asian country.

“Jewish refugees came to Kazakhstan usually not out of choice but necessity, and the country received them well,” said Cohen. “Kazakhstan has a long tradition of tolerance, and the Jews have had a comfortable situation in the country until the present day.”

He related an incident that occurred around 1994, when a newspaper in the country printed an anti-Semitic article. The result was that a Kazakh court shut down the paper.

Asked about Tokayev, Cohen replied that he has known him for about 20 years.

He said the Jewish community has not felt a change with the arrival of the new president, who has continued “the tolerant policy of Nazarbayev by also protecting minority rights and those of the 30,000-strong Jewish community in a country of more than 18 million.”

“I know him personally, and he is honest; the country is lucky to have such a good leader,” continued the chief rabbi. “He also loves Israel.”

Regarding Kazakhstan as a model of Muslim country with a history of strong connections with Israel, Wexelman noted that the practice of Islam within the central Asian nation is known as being moderate and inclusive.

“For the State of Israel, it is very important to engage in a constructive and open dialogue with Muslim leaders in order to promote mutual understanding and common values of tolerance,” she noted.

Just last month, a delegation from the Chief Rabbinate of Israel participated in the inter-faith dialogue in Kazakhstan attended by representatives of the main religions: Muslims, Christians, Hindu and Baha’i.

As Wexelman reported, “Rabbi Moshe Chaim Lau and Rabbi Yitzchok Lorincz were received with great honor, and the Israeli embassy is active in promoting close ties with Muslim leaders in the country.”

During the Muslim holiday of Ramadan, ambassador Wexelman hosted an Iftar dinner for top Muslim leaders and donated 75 kilograms of dates to the Hazrat Sultan Mosque in Nur-Sultan.

‘Supporting ethnic groups in the country’

Mark B. Levin, executive vice chairman and CEO of the National Coalition Supporting Eurasian Jewry, affirmed to JNS that the Jewish community is well-integrated into Kazakhstan’s society, and that there is a positive relationship between the government and Cohen, the country’s chief rabbi.

“You don’t find overt or government-sanctioned anti-Semitism in the country,” said Levin, who has been there twice over the past few years. “I took a group there, and no one thought twice about wearing kipah. This is not the case now in much of Europe, such as in Germany, France or England.”

Alexander Baron, the head of the Association of Jewish National Organizations of the Republish of Kazakhstan (Mitsva), an affiliate of the World Jewish Congress, said in a statement sent to JNS that he concurred with the Israeli ambassador in that Tokayev is continuing the legacy of Nazarbayev and “supporting ethnic groups in the country.”

Baron noted that more than 100 different ethnic groups reside in the country, and that the Assembly of People of Kazakhstan, a national advisory body of delegates, includes leaders from the wide range of communities.

During these meetings, he said, alluding to the Jewish community, “we freely speak on topics of interest to us.”