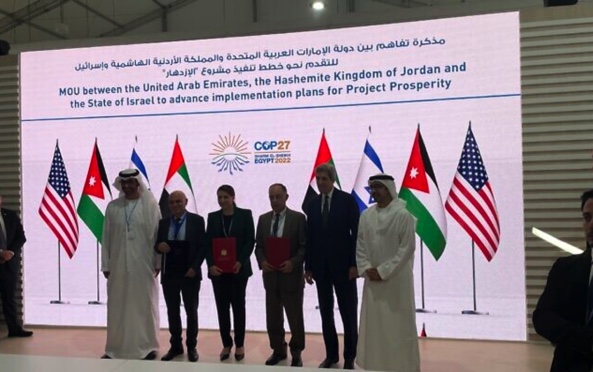 Israel, Jordan and the United Arab Emirates signed a renewed memorandum of understanding on Tuesday regarding a UAE-brokered deal signed a year ago to have Jordan provide solar energy to Israel, and Israel channel desalinated water to the Hashemite Kingdom.

The MOU was signed in the presence of US climate envoy John Kerry at the UN COP27 climate conference in the Egyptian resort Sharm el-Sheikh.

Mohammad Al Najjar, the Jordanian minister of water and irrigation, signed for Amman, while UAE Climate Change and Environment Minister Mariam Al Mheiri signed on behalf of the Gulf nation.