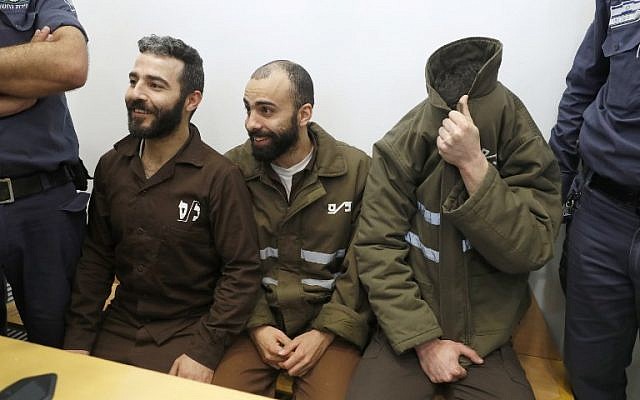 The Beersheba District Court on Monday sentenced a former French consulate worker to seven years in prison for smuggling guns from the Gaza Strip after a plea bargain.

Romain Franck, who worked as a driver for the consulate, went on trial after being accused of exploiting reduced security checks for diplomats to smuggle 70 pistols and two automatic rifles from the Gaza Strip to the West Bank.

Franck’s lawyer Kenneth Mann said he intended to request that his client serve the sentence in France.

Mann said the judge was willing to issue a more lenient sentence than might otherwise have been given because Franck, 24, had shown remorse and was motivated by money, not by solidarity with Palestinian terror groups.

Franck, relying on a court interpreter from Hebrew to French, showed no visible reaction when the sentence was announced.

“This is a very, very difficult thing for the whole family of course, but they understand that this is the law and they hope that their son will be returned to France as quickly as possible,” Mann told AFP after Monday’s hearing.

Franck was arrested in February 2018 and his trial began the following month at the district court in the southern Israeli city of Beersheba.