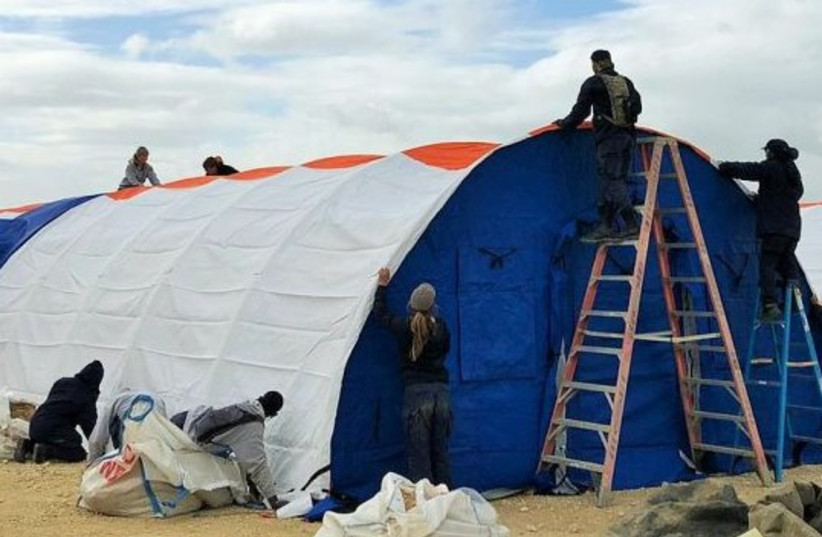 From March 2020, the Israeli humanitarian aid organization Natan will run two clinics in the new Gaza Health Center to provide trauma, medical and dental care to Gaza civilians.
The health facility is located on a 10-acre area of land near the Erez Checkpoint at the Israel-Gaza border and was built and is managed by the American NGO, FriendShips.

The construction began last September in the context of ceasefire understandings. At the time, the Palestinian Authority had expressed concerns over the project, calling it an “attempt to whitewash the image of the Israeli occupation, whose hands are stained with Palestinian blood.” A Hamas spokesperson, on the other hand, had declared at the time that the construction of the hospital had no political connotation.

Natan will recruit volunteers experts in their fields from all around the world to participate in the project, excluding volunteers holding Israeli passports due to IDF regulations.

“If we have the chance to help our neighbors, how can we not take on this responsibility?” declared Natan’s Chairpersom, Daniel Kahn.
Since 2004, Natan has sent teams to provide assistance to victims of disasters from floods, to earthquakes, to typhoons, in Asia, Africa and others. Recently, Natan sent medical care to Syrian civilians on the Syrian side of the Golan Border. The organization is also active is long-term community recovery and resilience projects.

Natan is one of many Israeli organizations that respond to humanitarian crisis and disasters around the world. Israel is always one of the first countries to send aid in the wake of emergencies and has helped save thousands of lives. The Foreign Ministry declared that, “No other country can dispatch search and rescue teams, and field hospitals as fast and effectively.”