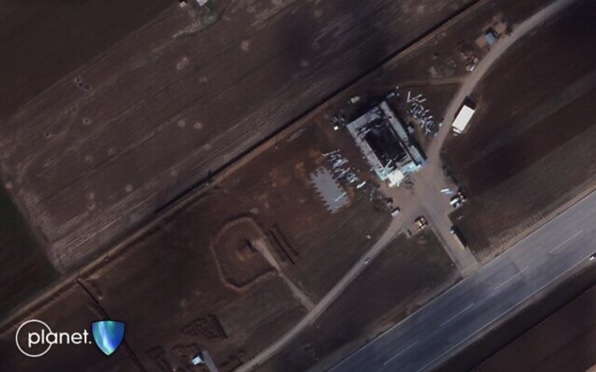 A UAV attack in the middle of February reportedly caused major damage to Iran’s drone fleet, prompting Iran to fire missiles this week at a site in Iraq that it claims was an Israeli intelligence base.

Hundreds of drones are assessed to have been destroyed in the attack on an airbase near Kermanshah, in Western Iran, Haaretz reported Tuesday, without citing sources for the extent of the damage.

While Israel has acknowledged it targets the bases of Iranian forces and allied terror groups in Syria, as well as arms shipments believed to be bound for Iran-backed groups in the region — and is believed to have carried out covert actions inside Iran — an airstrike on Iranian territory would be very unusual.

Tehran officials have blamed Israel for the attack, though neither country had made any mention of the incident until this week. Israel has not commented at all on the alleged strike.

On Sunday night, the Lebanese television station Al Mayadeen, which is linked to the Iran-back Hezbollah terror group, reported on the Kermanshah attack for the first time.

Citing “reliable sources,” it said there were six drones that took part in the raid and claimed they were launched from Iraqi Kurdistan.