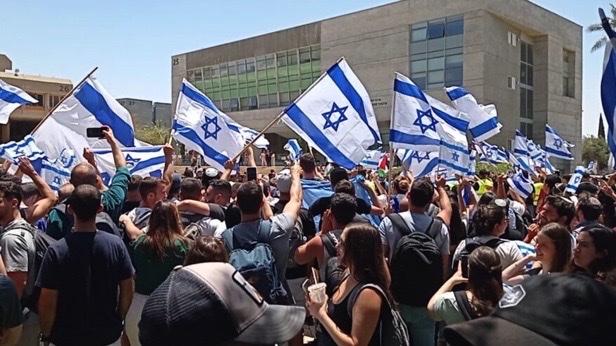 The conference, titled, “The Holocaust, the Nakba and the German Culture of Remembrance,” was organized by the Rosa Luxemburg Stiftung Israel in cooperation with the Goethe-Institut Tel Aviv.

According to the Rosa Luxemburg website, “Almost 75 years after the declaration of the establishment of Israel, remembering in Israel remains a politically contested terrain. Holocaust survivors and their descendants focus on the extermination of Europe’s Jews by the Nazis, while many Palestinians focus on the fateful year of 1948, when hundreds of thousands of people were destined to flight and displacement by Jewish fighters—known in Arabic as the Nakba (catastrophe).”

The ministry issued a statement on Tuesday, expressing “shock and disgust” in the face of the conference’s “blatant Holocaust scorn” and “cynical and manipulative intent to create a link whose entire purpose is to defame Israel.”