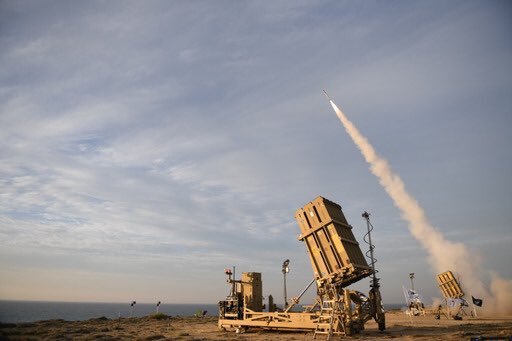 In yet another step to improve Israel’s air defense system, the Defense Ministry announced on Monday that it has successfully completed a series of tests in the upgraded Iron Dome weapon system.

The test was conducted by Israel Missile Defense Organization (IMDO), in the Directorate for Defense R&D of the Defense Ministry, and Rafael Advanced Defense Systems. The Israeli Air Force (IAF) and Navy also participated in the test, which was conducted in a base in central Israel.

The test campaign was held in a number of scenarios simulating advanced threats with which the Iron Dome is expected to contend during times of conflict – whether on land or at sea.

The new and upgraded version of the Iron Dome is expected to be delivered to the IAF for operational use.

It will also be integrated and installed on the Navy’s Sa’ar 6 corvettes and will be central to the defense of Israel’s economic zone (EEZ).

The development of the Iron Dome is led by the IMDO in the Defense Ministry.

The prime contractor for the development and production of the Iron Dome is Rafael Advanced Defense Systems Ltd. The MMR radar is developed by ELTA, a subsidiary of Israel Aerospace Industries (IAI), and the command and control system (BMC), is developed by mPrest.