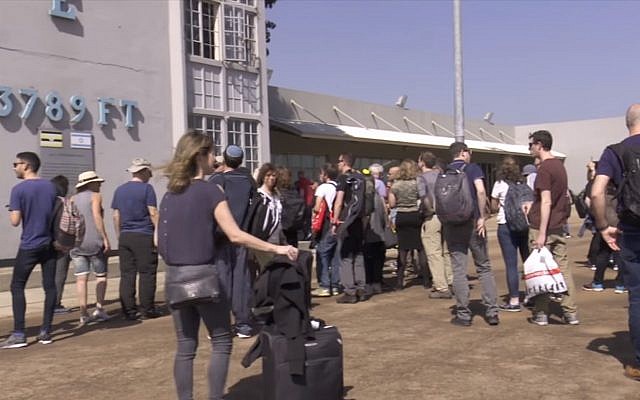 Some 250 Israeli nationals came to the African country for a three-day visit, the East Africa Business Week website reported.

They flew in on a Boeing 777, operated by El Al’s subsidiary Sun D’Or.

The airport is now known as the Old Entebbe Airport, as opposed to Uganda’s main Entebbe International Airport.

“On July 5, 1976, I was 10, and like all the Israelis I woke up in the morning and heard about the daring operation that was carried out in Entebbe to free the hostages,” flight captain Itzik Gerber told Channel 12 news.

“If an angel came and whispered in my ear that 13 years later I would fly planes that participated in the operation and that 42 years later I would land at Entebbe as a captain, I would have laughed out loud,” he said, referring to his military service prior to flying planes for Israel’s national carrier.

On June 27, 1976, Palestinian terrorists hijacked an Air France jet from Tel Aviv to Paris. The plane was diverted to Uganda, where the hijackers were welcomed by dictator Idi Amin.

The terrorists freed the non-Jewish passengers immediately upon arrival but the Air France crew members refused the captors’ offer of release and instead chose to remain as hostages with the planes Jewish passengers.