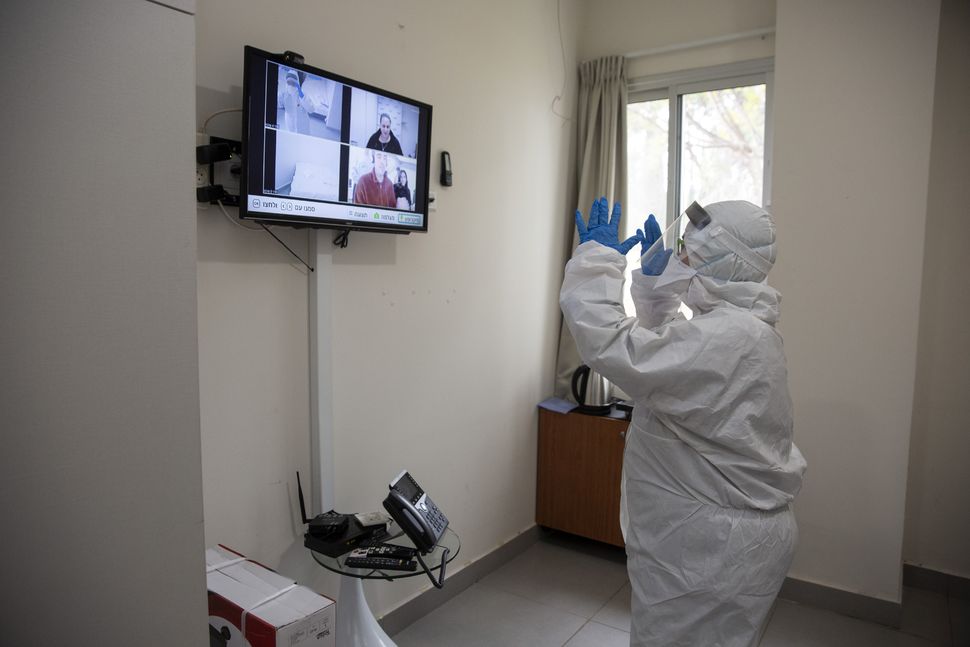 Israel Becomes a ‘Living Lab’ for Technologies to Treat Coronavirus

AT A medical center outside of Tel Aviv, 11 Israelis remain quarantined after disembarking last week from the Diamond Princess luxury cruise ship in Japan, where hundreds of passengers became sick with coronavirus. But even after two of these quarantined Israelis have tested positive for the new virus, medical staff have hardly touched the group. Instead, they are relying on telemedicine tools to remotely monitor and communicate with the isolated patients.

“We have been able to meet all their medical needs without exposing the staff,” says Eyal Zimlichman, the doctor overseeing the group’s isolation and care at Chaim Sheba Medical Center, a sprawling campus on a former military barracks.

The model reflects the increasing embrace of telemedicine in general in recent years, and its potential in dealing with the new virus, officially known as COVID-19, which emerged in Wuhan, China, late last year and now affecting at least 40 countries, health officials say.