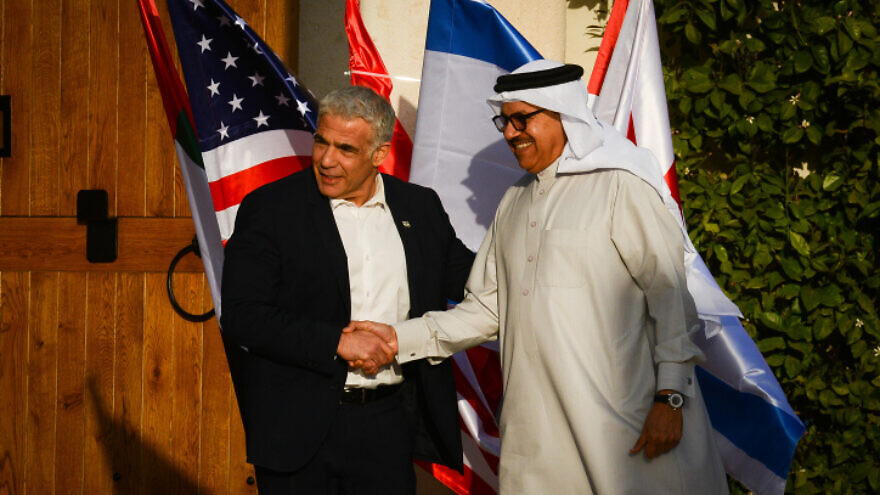 Israel and Bahrain hope to sign a free trade agreement within the next two months, officials from both nations said on Monday.

“We’re optimistic and hopeful that we will close the deal by the end of the year,” Bahraini Minister of Industry and Commerce Zayed Alzayani said during a visit to a leading Israeli venture capital firm, Jerusalem Venture Partners.

Under U.S. sponsorship, Israel normalized diplomatic relations with Bahrain and its Gulf neighbor the United Arab Emirates two years ago. However, while Israel’s economic ties with the UAE have grown in recent years, its trade with Bahrain has lagged far behind.

Alzayani met with Jerusalem Venture Partners founder Erel Margalit to discuss future collaboration and said another round of free trade talks was scheduled for mid-November.