Israel, Arab states come together at conference against Iran 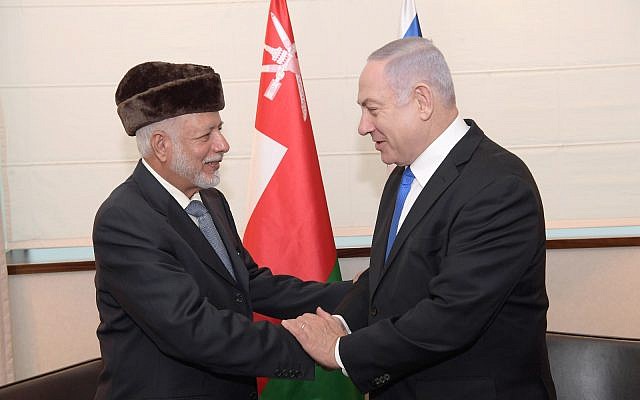 “I think that holding this conference, in which Israel, the US, various countries around the world and from the region sit down in one place … and discuss one topic—which, in my opinion, is the most important for our national security—is a very important achievement. I very much appreciate the American initiative, which I have been associated with and party to for many months,” he said before boarding his flight to the Polish capital.

While in Warsaw, Netanyahu is expected to meet with US Vice President Mike Pence and Secretary of State Mike Pompeo, as well as Polish Prime Minister Mateusz Morawiecki.

The Israeli premier is expected to give a scathing speech against Iran on the conference’s first day Thursday. US Vice President Pence and Polish Foreign Minister Jacek Czaputowicz are also scheduled to speak.

Iran has denounced the conference, which begins Wednesday, as an American anti-Iran “circus” and Russia has said it will not attend.

The absence of foreign ministers from major European powers, Germany and France, highlights festering tensions with the European Union over US President Donald Trump’s decision last year to withdraw from a 2015 nuclear deal with Iran and reimpose sanctions.

EU policy chief, Federica Mogherini, who was a key player in the Iran nuclear deal, will also not attend the two-day conference due to scheduling issues, an EU official said, although US Secretary of State Mike Pompeo will travel to Brussels on Friday to meet with her.

Pompeo, who will be joined by US Vice President Mike Pence in Warsaw, played down the absence of leading European ministers at the event during a brief stop in the Slovak capital Bratislava on Tuesday, before he headed to Warsaw.

“Some countries are having their foreign ministers come. Other countries are not. That’s their choice,” he told a news conference.