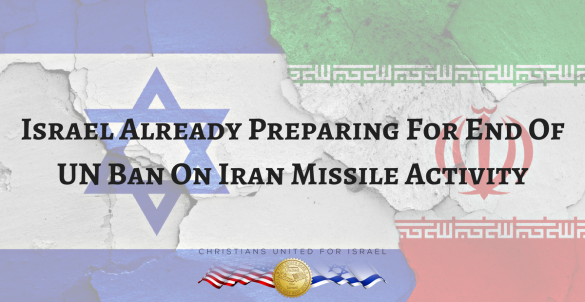 WASHINGTON – Throughout international talks with Iran over its nuclear program, Israeli leadership offered a common refrain: Ten years may be a long time in the life of a politician, but it is nothing in the life of a nation.

In that spirit, Israel’s government is already planning for the expiration of several critical provisions in the deal that resulted from those talks, including two restrictions on Iran that sunset within the next few years on arms sales and its ballistic missile program.

Last month in Washington, Prime Minister Benjamin Netanyahu told The Jerusalem Post that he was working with the Trump administration on ways to mitigate the effects of some of the deal’s most challenging sunset clauses. For Israel, Iran is more dangerous if it abides by the deal than if it breaches it, he said.

Asked if he could offer specifics on his strategy, Netanyahu replied, “I could, but I won’t.” But those with his ear tell the Post that discussions have already begun, starting with a clause that lifts a UN ban on Iran’s ballistic missile work in just under seven years.

That ban, in Annex B of UN Security Council Resolution 2231, requires Iran “not to undertake any activity related to ballistic missiles designed to be capable of delivering nuclear weapons, including launches using such ballistic missile technology.” The provision also bans states from supplying, selling or transferring equipment, technology or training to Iran relevant to the advancement of that missile program.

The decision to include such a provision – which extended for eight years what would have otherwise expired upon completion of the nuclear deal– was opposed by Russia and China during the talks. Moscow has been a top supplier of Iran’s missile programs for several years.

Israel now believes that European nations, whose diplomats supported extending the ban during the nuclear negotiations, will be on board with a creative strategy that punishes Moscow through means outside of the UN should it choose to assist Iran with its continued missile work. The strategy would be to maintain de facto sanctions on Iran by threatening those that might supply it, despite the end of an explicit UN embargo against doing so.

“Sanctioning Russia is as popular as it has ever been on the Hill right now,” said one lobbyist with an Israel advocacy organization, discussing the emerging strategy. The lobbyist described the plan succinctly: Threatening new, tough sanctions on Moscow for its potential sale of ballistic missile components to Iran would kill two birds with one stone, targeting two of the world’s most destabilizing forces while gaining broad bipartisan support.

While this particular UN provision expires in 2023, Iran is expected to seek partners for collaboration well in advance. Thus Iran’s adversaries are likely to work backward against an unspecified date some time in the next few years.

The Joint Comprehensive Plan of Action is intended to prevent Iran from ever building nuclear weapons, but Israel worries that sunset clauses on its work with fissile material will allow Tehran to build an industrial-sized nuclear program, providing the state with a nuclear capacity that could easily be converted into a weapons program on short notice.

The deal allows Iran to expand the number of centrifuges it can use to enrich uranium, as well as the number of facilities it can use to host enrichment, in nine years. It also allows Iran to upgrade the centrifuges it has in use, from 1970s models to modern state-of-the-art machines. As the size and efficiency of their program advances – with full international legitimacy, under the nuclear deal – Israel fears it will be impossible to stop or even catch Iran should it choose to “break out” and build a weapon.

Furthermore, should Iran instead choose to park itself right before a bomb and remain a nuclear-threshold state, Israel believes that Iran will maintain all of the strategic benefits a nuclear power enjoys without facing the costs that rogue nuclear states endure. Israeli leaders seek to prevent Iran from reaching this threshold stage.