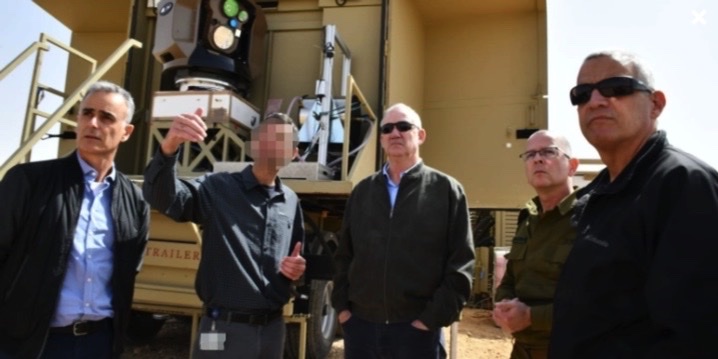 Israeli Defense Minister Benny Gantz on Thursday announced that a “significant” budget was approved for the development and procurement of a high-power laser defense system to improve Israel’s ability to intercept rockets, mortars, and drones.

“Today we are advancing towards a dramatic change in the battlefield and enhancing Israel’s security in the face of growing threats emanating from Gaza, Lebanon, and Syria, supported by Iran and terrorist organizations,” said Gantz.

The defense chief said Jerusalem will spend “hundreds of millions” of shekels on the first phase of developing and producing the so-called Iron Beam system. The government is expected to shortly sign an agreement with Rafael Advanced Defense Systems to launch procurement of the laser technology, which will integrate with Israel’s multi-tier air defense array and complement the Iron Dome aerial defense system.

Yoav Har-Even, a retired IDF major general and CEO of Rafael, described the Iron Beam system as “the most powerful laser system of its kind in the world.”