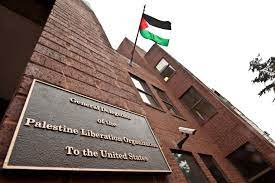 Is the PA going to deceive the US into opening the PLO offices in DC?

Since its creation in 1995, the Palestinian Authority has created the most comprehensive system for funding, incentivizing, and rewarding terror and terrorism. As part of the policy that has been dubbed the PA’s “Pay-for-Slay” policy, the PA has paid billions of shekels/dollars/euros to terrorists and their families. According to Atef Abd Al-Gawad, an Egyptian journalist based in Washington, it is the PA’s terror reward program that is impeding the reopening of the office of the Palestine Liberation Organization (PLO) in Washington.