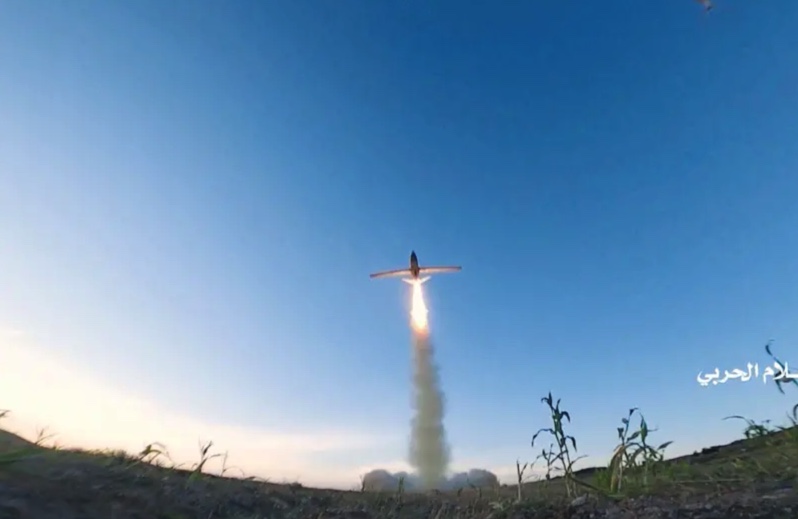 Is the Houthi missile-drone combo a Middle East gamechanger?

For more than a decade now, the Houthis, an Iranian-sponsored militia, have used a combination of missile and drone technology to destabilize the Gulf region. However, the Houthi missile attack on the United Arab Emirates (UAE) raised a special alarm. Unlike Saudi Arabia, the UAE has never been targeted before, a demonstration of Iranian confidence. By targeting Abu Dhabi during the visit of the Israeli president to celebrate the Abraham Accords, the Iranians made their intention of undermining the pact clear.

The Houthi offensive trajectory comes as no surprise. Badreddin al Houthi, a prominent theologian of the Zaydi branch of Shia Islam, and his son Hussein spent time in Qom as a guest of Ayatollah Khomeini’s foundation Majma Jahani Ahle-e Byt. The foundation recruited promising Shite figures from around the region to lead pro-Iranian militias in the image of Hezbollah. Helped by the Islamic Republic Guards Corps’ (IRGC) Quds Force (QF), the al Houthi family, hoping to emulate the Lebanese Hezbollah, launched the Ansar Allah movement.

Qasem Soleimani, the head of the QF, was personally involved in the Houthi project, and Hassan Nasrallah used Hezbollah’s resources to provide the communication infrastructure, including a dedicated TV station. Nasrallah became quite a celebrity among the Houthi movement, prompting Hussein al Houthi to refer to himself as the Yemeni “Nasrallah.”