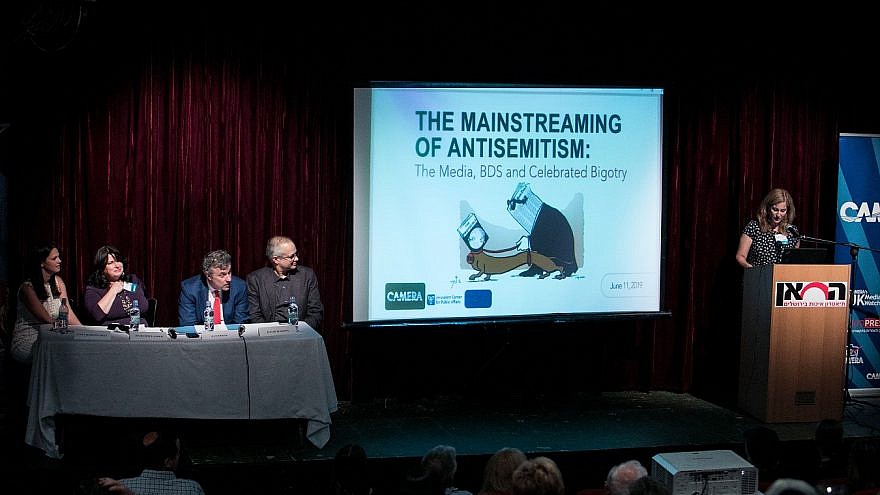 (June 13, 2019 / JNS) Moderating a panel in Jerusalem this week titled “The Mainstreaming of Anti-Semitism: The Media, BDS and Celebrated Bigotry,” David Hazony, executive director of the Israel Innovation Fund, analyzed the issue right off the bat: “What you are seeing on [North American college] campuses is only a thin slice of the anti-Semitic beast that has emerged in our public life around the world in the last six months, in the last year.”

The event was hosted by the Committee for Accuracy in Middle East Reporting and Analysis (CAMERA), in partnership with the Jerusalem Center for Public Affairs (JCPA) and Hazony’s organization.

He went on to ask: “Is it possible that anti-Semitism and assimilation—the two great crises facing the Diaspora today—are really two sides of the same coin?”