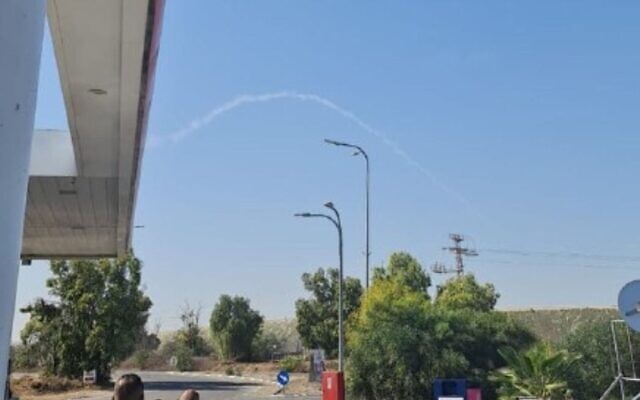 Iron Dome shoots down Hamas drone flown out to sea

The Iron Dome missile defense system shot down a Hamas drone that was flown out to sea from the Gaza Strip on Monday, the Israel Defense Forces said.

The interception appeared to be the second time that the Iron Dome has shot down an enemy unmanned aerial vehicle following upgrades to the air defense system,  which was initially designed only to counter short-range rockets.

According to the IDF, the device “was monitored throughout the entire incident” by the air force’s ground control.

The Iron Dome was first used operationally to intercept a Hamas drone in May, during an 11-day conflict with Palestinian terror groups in the Strip, known in Israel as Operation Guardian of the Walls. During the conflict, the system also mistakenly shot down an Israeli drone.

The launching of the drone from Gaza came as Hamas fired a number of rockets out to sea, apparently as part of efforts to test its capabilities. Israel typically does not interfere when Hamas conducts test launches; however, it does generally shoot down any drones that are flown out of the Strip.