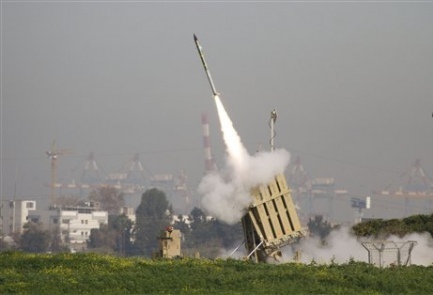 The Israeli military on Thursday released data on operational activity on all fronts in 2019, showing that its “campaign between the wars” – an ongoing Israeli military and intelligence effort to disrupt the force buildup of the Iranian-Shiite axis throughout the Middle East – is nowhere near winding down.

The defense establishment continued making progress on Project Hourglass – the construction of an underground barrier meant to neutralize Hamas’ grid of terror tunnels.

Israel is currently building a 60-kilometer (40-mile) barrier some 250 meters (820 feet) from the Israel-Gaza border. At 80 centimeters (30 inches) wide, the barrier has a system of advanced sensor and monitoring devices to detect tunnels, while above ground there will be a fence 6 meters (20 feet) high, similar to the one which runs along the Israeli-Egyptian border. The expected cost of construction is over 3 billion shekels ($870 million).

In 2019, the IDF was able to complete 22 kilometers (13 miles) of the barrier. Brig. Gen. (res.) Eran Ofir, who oversees the project, said he was confident the barrier would be concluded by the end of 2020, as planned.

IDF data further showed a decrease in terrorist attacks across Judea and Samaria and east Jerusalem – 51 in 2019 compared to 76 in 2018.

The IDF’s Cyber Directorate reported thwarting hundreds of attempts to launch cyberattacks on military sites, including the first failed cyberattack by Hamas.