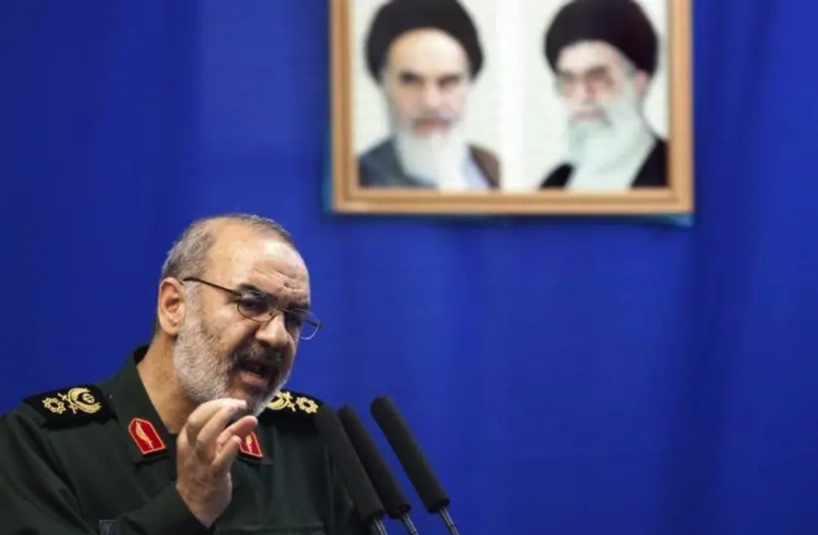 Iran’s enemies, such as Israel and the United States, have an “expiration date” as a new world order is upon us, Iranian Revolutionary Guards Corps commander-in-chief Maj.-Gen. Hossein Salami threatened on Wednesday, Iranian news outlet Tasnim reported.

Speaking in front of IRGC soldiers in Dezful, southwestern Iran, Salami issued a warning to the Jewish state and shared insight on the Iranian approach to negotiation on sanctions imposed by the US.

In a direct threat, he said Israel will have to “endure the bitter taste of missiles if it is not careful.”

Salami claimed that America’s “strategy of strong, aggressive sanctions” has strengthened the IRGC “in every way.”

“The enemies are gradually retreating and their policies are no longer effective,” he said. It was reported last week that the US is considering removing the IRGC from its foreign terrorist organization blacklist in return for Iranian assurances on de-escalation in the Middle East.

“We have entered a new era,” the IRGC chief said. “The sun has set on the evil powers,” he stated, referring to Israel, the US and other Western nations. The Islamic revolution has “accelerated the erosion and decay of Western civilizations,” he said.