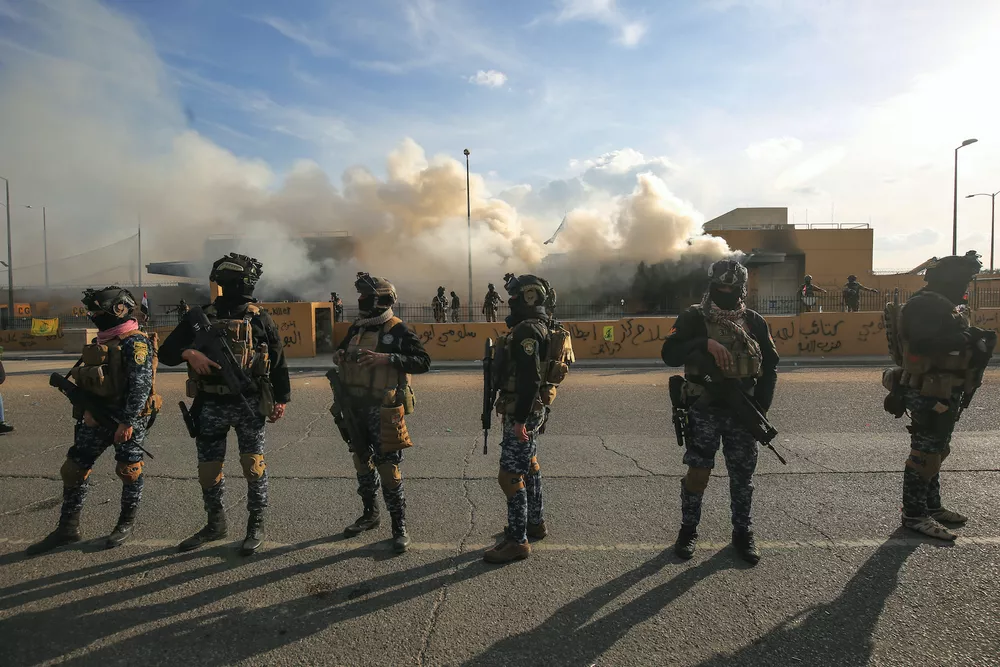 The attack is the third in a week to target Western diplomatic, military or commercial installations in Iraq

A volley of rockets on Monday targeted the high-security zone in the Iraqi capital that is home to the US embassy, the military and security sources said as cited by AFP.

The attack is the third in a week to target Western diplomatic, military or commercial installations across Iraq after months of relative calm.

At least two rockets hit within the perimeter of the Green Zone, where the American and other foreign embassies are based, according to a statement by Iraq’s security services.

A security source told AFP at least one rocket hit the headquarters of Iraq’s National Security Service near the US diplomatic mission.

Others crashed into nearby residential districts, including a multi-storey parking complex in the neighbourhood of Harithiya, a witness told AFP.

The attack comes one week after more than a dozen rockets targeted a military complex at the Arbil airport in northern Iraq, which hosts foreign troops from a US-led coalition helping Iraq fight jihadists since 2014.

Two people were killed, including one foreign contractor based at the airport, who died immediately, and a civilian, who died of his wounds on Monday.

On Saturday, another wave of rockets hit the Al-Balad air base north of Baghdad, where Iraq keeps most of the F-16s it has purchased from the US in recent years.

Security sources said at least one local contractor for Sallyport, the US company that maintains the planes, was wounded.