Iran’s supreme leader: ‘We will never give up our resistance against America’ 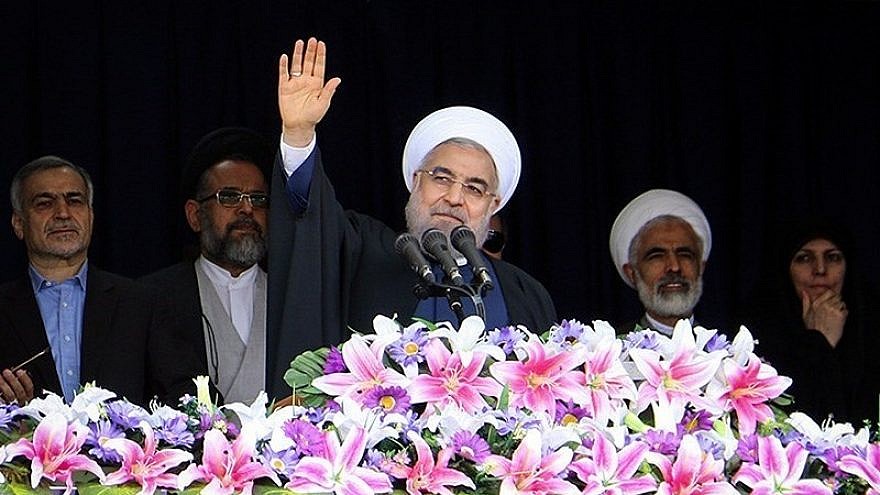 “Death to America! We are the conquerors of Jerusalem and the destroyers of Haifa! Death to Israel! [We are] on the path to conquer Palestine!” Iranian soldiers chant at IRGC officer’s academy ceremony.

As part of the ceremony, IRGC members, including special forces soldiers belonging to Quds Force, performed rappelling and marching drills for Khamenei.

One soldier shouted out: “Tel Aviv will be destroyed … No remnant of the Saud clan will remain … The Kaaba will be liberated … We respond to your call, oh Khamenei!” and marching soldiers sang: “Death to America! We are the conquerors of Jerusalem and the destroyers of Haifa! Death to Israel!”

The following are excerpts from the broadcast:

“If we give up, God will bring upon us the same fate and Hell that He decrees for the oppressor.

“I say to you, dear young men: Continue down this path with all your power. Move forward. Not only you—all of the young people of the Iranian nation. All the pure hearts and undefiled souls that want to fulfill their godly and human duty on the path to an eternal position of resistance against the enemies of religion and humanity—God will surely support them.”

IRGC Soldier: “Soon, the city of Tel Aviv will be destroyed! I swear by Allah that no remnant of the Saud clan will remain! The Kaaba will be liberated and the Al-Baqi’ Cemetery will be restored! All who fight against the House of Ali will be annihilated! We are overcoming the obstacles one by one! We have advanced too much that we are nearing the emergence [of the Hidden Imam]! We respond to your call, oh Khamenei!”

Soldiers: “We respond to your call, oh Khamenei!”

Presenter: “We are currently watching rappelling and confidence drills, performed by special forces belonging to the IRGC’s Quds Force and cadets from the IRGC’s Imam Hussein Officer Training Academy. The river of blood that has come has a dam, and there is a limit to the restraint of these men. May a curse be upon those [who have] melted into the religion of the Jews. May the curse of the Shi’ites be upon the scheming of the Saud clan. Once again, the target of the storm will be the valley of sand. The Shi’ites’ response will be harsh and violent. The sadness of Ashura will remain in our hearts forever. Pass this information along to the takfiris. The flag still has not fallen from the hands of the flag-bearer. The commander still says: ‘Oh Ali!’ ”

Soldiers: “We roar: Death to the American government! Death to America! We are the conquerors of Jerusalem and the destroyers of Haifa! Death to Israel! [We are] on the path to conquer Palestine! [We are] at war with a faithless enemy! We are like Badr and Hunain! We are Hussein’s soldiers!”