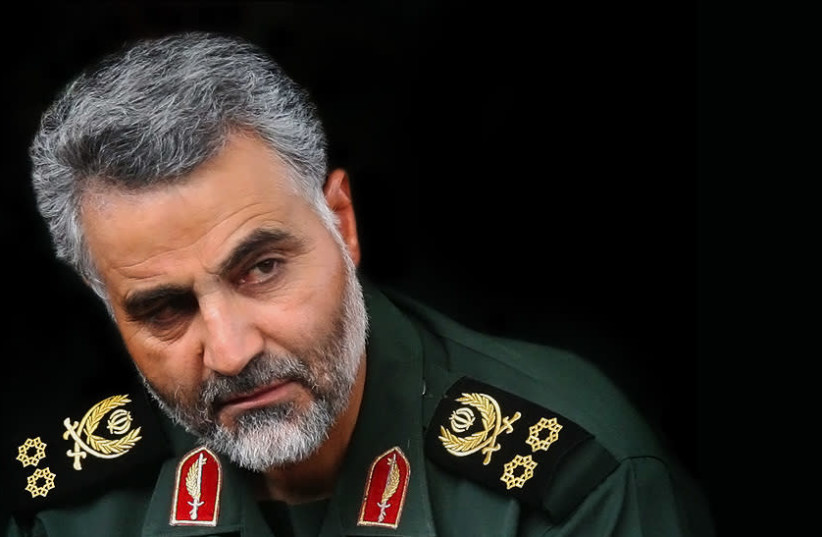 The Iranian regime Islamic scholar Ahmed Abedi declared in a bombshell report in early February on Noor TV that the late IRGC commander Qasem Soleimani created centers to spy on Jews in the Islamic Republic.

“Regarding the Jews in this country who spy for Israel, [Soleimani] established centers for monitoring the Zionist spies. He established many such centers,” said Abedi, according to a transcription of the Iranian Noor TV broadcast by The Middle East Media Research Institute (MEMRI), an independent, nonpartisan press-monitoring organization.

The US military killed Soleimani in a January 2020 drone attack. Soleimani was the commander of the Quds force for the Islamic Revolutionary Guard Corps (IRGC).  The US government accused Soleimani of being the architect of the murders of over 600 Americans in the Middle East.

There is estimated to be less than 10,000 Persian Jews in Iran. Iran has a population of nearly 83 million.

MEMRI wrote “Abedi said that Soleimani was active in building religious centers in Najaf, Iraq, with Hezbollah in south Lebanon building a tunnel that extend into Israel, and creating concentrated medical programs for Yemenis, training them to become surgeons in just six months.”

According to Abedi, “Hajj Qasem [Soleimani] invested a lot of effort in protecting the integrity of the Najaf Seminary. You have heard a lot about his fight against ISIS and against the takfiri and salafi organizations, but he invested much more effort in the religious seminaries abroad, and I would rather not go into further details.”