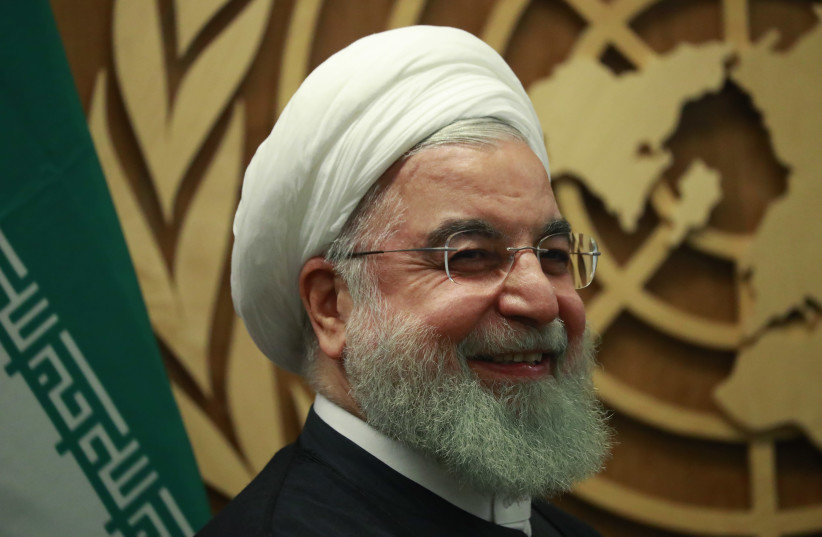 Iranian President Hassan Rouhani boasted on Wednesday that Iran’s “economy and centrifuges are spinning faster.” The statement comes amid growing tensions between the US and Iran. The IAEA has warned that Iran many have undisclosed nuclear material and there are increasing demands for inspections and warnings about advanced centrifuges at Natanz and Fordow.

Europe is pushing for an IAEA resolution on Iran, despite Russia and Iranian warnings. Iran won’t meet with the US or Europeans unless sanctions are lifted by Washington. France and US allies are ready to get tough on Iran. Iran has sent its militias in Iraq to attack the US in recent weeks and likely targeted an Israeli-owned ship in the Gulf of Oman.

He then mentioned that Iran has numerous types of centrifuges, including how “once upon a time” Iran only had IR-1 but now it has IR-2, IR-4, IR-6 and IR-8. IR-6 and IR-8 can enrich uranium more quickly. Iran’s IR-1 was based off of Pakistan’s P-1 centrifuge from the 1980s.