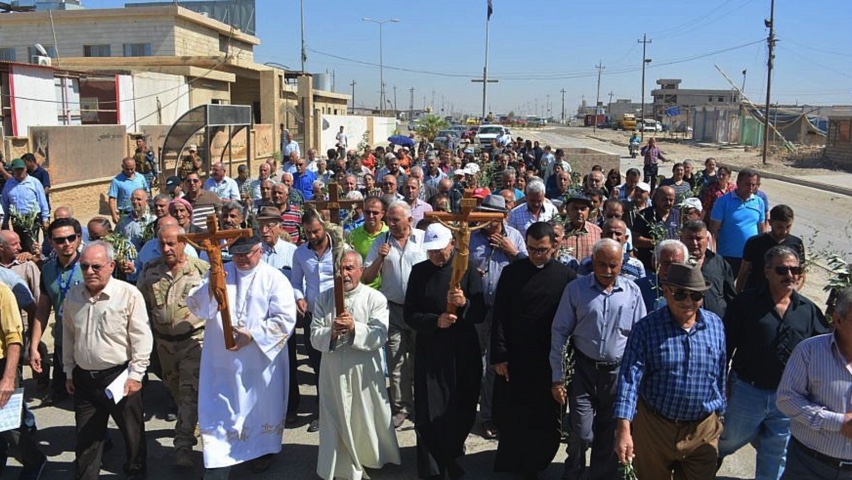 The West is missing a critical component of the story when it comes to the persecution of Middle East Christians, said Farhad Rezaei, a visiting lecturer at Toronto-based York University, during a Zoom presentation on Feb. 22. And that missing element is Iran.

In the presentation — sponsored by The Philos Project, a Christian group advocating for pluralism in the Near East — Rezaei explained that Iran plays a central role in the destruction of Christian communities, specifically in Iraq, Syria, Lebanon and Yemen.

The mainstream Western media narrative is that “only jihadists,” such as Al-Qaeda and ISIS, are behind the persecution of Christians in the region, said Rezaei, who is also a senior fellow at the Philos Project.

“The reality is much more complex than the simple image that jihadists came around and killed Christians,” he said.

According to Rezaei, what distinguishes Iran when it comes to persecution of Christians is that it is pursuing a “strategy of eliminationism” — an organized, unrelenting, Nazi-like campaign to reduce the Christian presence in the Middle East. “Eliminationism” means shrinking the Christian communities by making life for them unbearable, including through confiscation of private property, arbitrary detention, torture, public incitement, abduction and killing, explained Rezaei, who spent seven months researching this subject and will be releasing a report with his findings in the coming weeks.