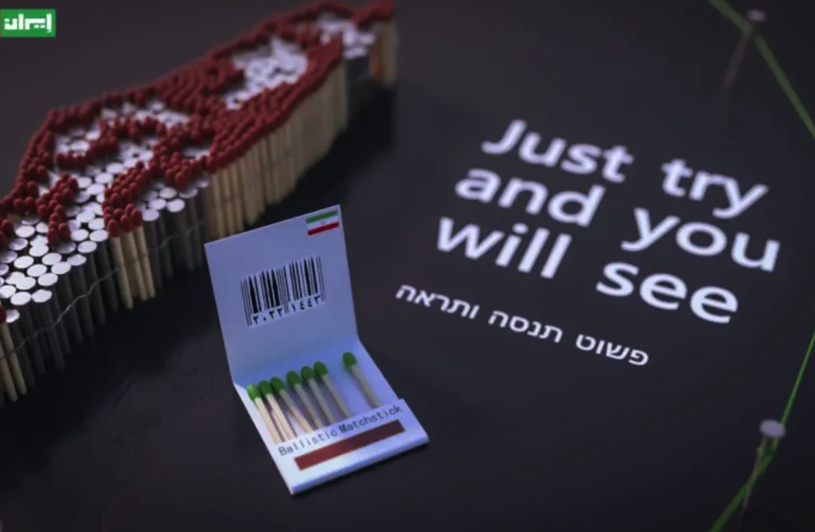 An Arabic language Twitter account of the Islamic Republic of Iran on Sunday published an image that shows the planned burned elimination of the Jewish state in 2022.
The picture shows Israel composed of nails and matches and a book of matches next to words in Hebrew and English declaring: “Just try and you will see.”
The book of matches, which is situated next to Israel in the image, says “Ballistic matchstick” and shows an Iranian regime flag on it. The apparent message is that the clerical regime is prepared to detonate the matches to destroy Israel in 2022.
The tweet came from the account Islamic Republic of Iran. The account says it joined Twitter in February 2020 and has 39,800 followers. On December 15 the Tehran Times wrote on its front page “One wrong move,” with military targets listed within Israel.
In late November the spokesman for the Islamic Republic of Iran’s armed forces, Brig.-Gen. Abolfazl Shekarchi, urged the total elimination of the Jewish state during an interview with an Iranian regime-controlled media outlet.
“We will not back off from the annihilation of Israel, even one millimeter. We want to destroy Zionism in the world,” Shekarchi told the Iranian Students News Agency.
Read More: The Jerusalem Post