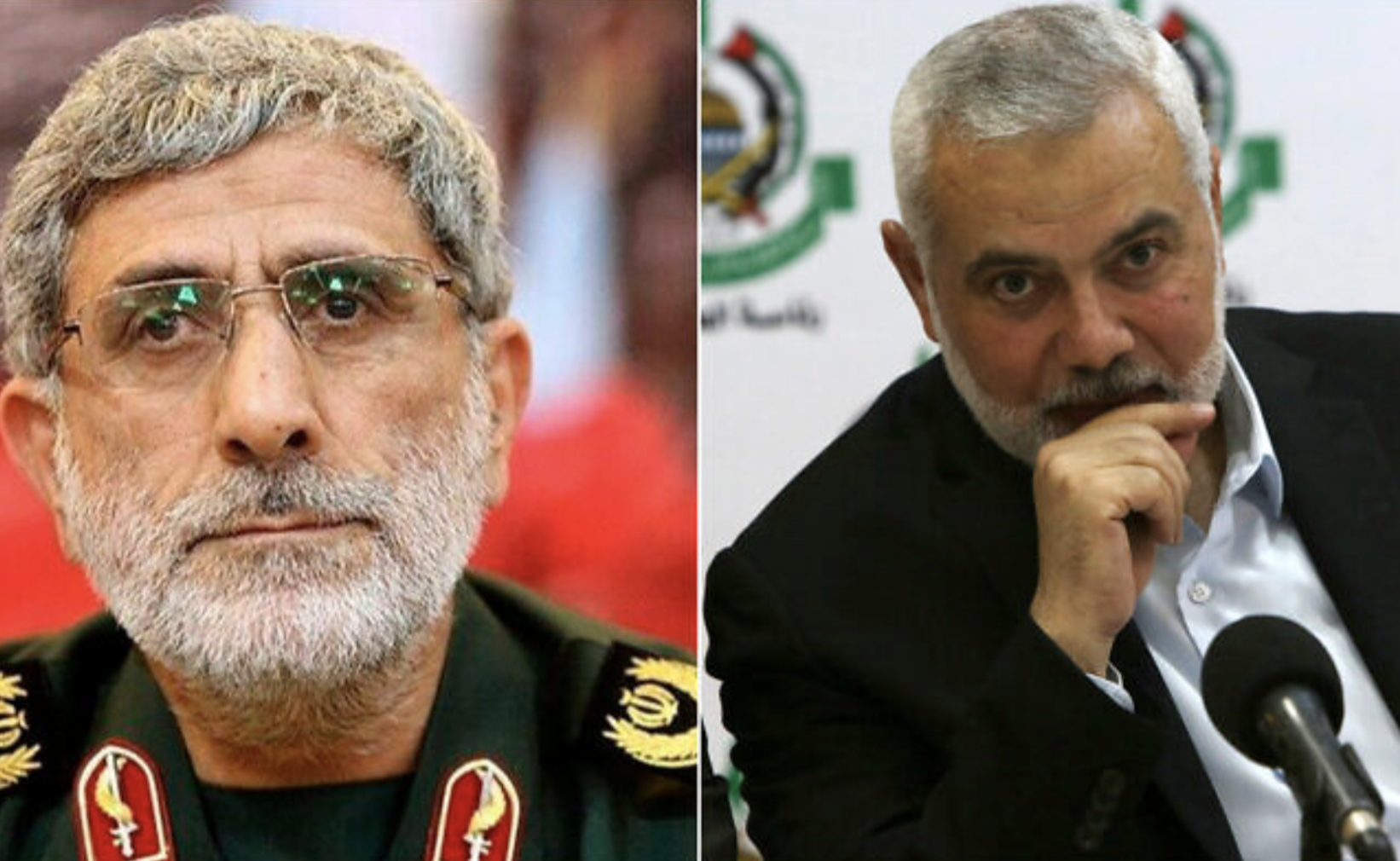 An Iranian state TV channel said the head of Iran’s Revolutionary Guard Corps’ Quds Force had a phone call Saturday with the head of the Hamas terror group, as the Gaza rulers’ fighting with Israel intensified and entered the sixth day.

Ghaani reportedly praised Hamas as offering a “unique and successful answer” to Israel.\

At a rally in Qatar Saturday night, meanwhile, Haniyeh vowed Hamas would continue its “resistance” against the “Zionist enemy.”

Warning Israel that Hamas had yet to use all the force at its disposal, Haniyeh told the hundreds at the rally that “resistance is the shortest road to Jerusalem” and that Palestinians will not accept anything less than a Palestinian state with Jerusalem as its capital.