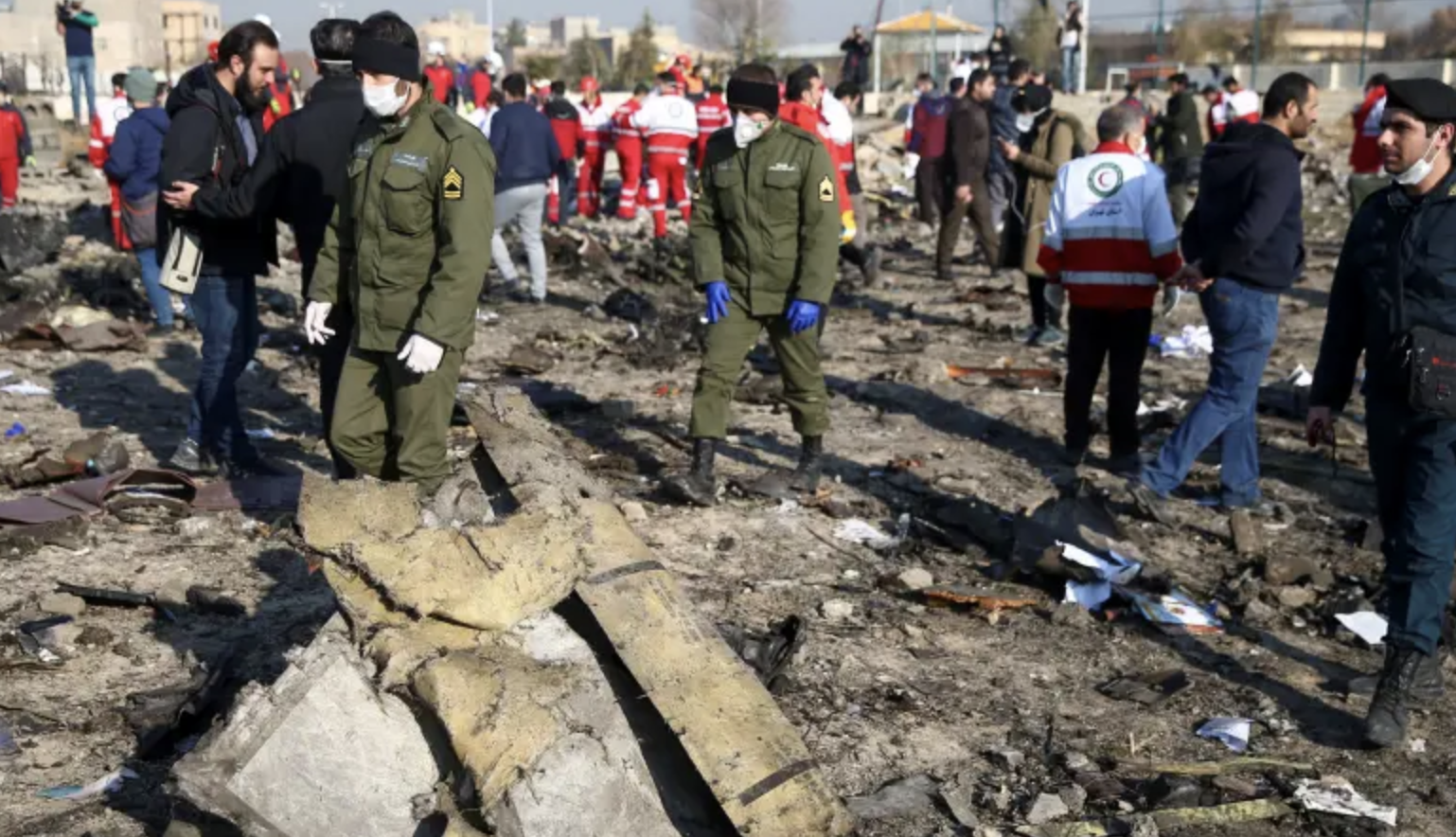 Iranian MP Hassan Norouzi told media in the country that the Iranian military did “well” by downing a civilian Ukrainian airliner in January during an Iranian missile attack on the Ain Al-Asad base in Iraq, according to Al Arabiya.
The MP added that no arrests have been made in relation to the incident, contrary to official claims.
The Iranian Revolutionary Guard Corps (IRGC) shot down a Ukraine International Airlines plane on January 8, killing all 176 onboard, soon after conducting a missile attack on the Ain Al-Asad base in Iraq in response to the US assassination of former IRGC Quds Force commander Qasem Soleimani.
Iran at first refused to acknowledge that the plane had been shot down, claiming that it crashed due to a “technical failure.” The country later admitted that the plane had been shot down.
Norouzi told the state-run Hamdeli daily on Sunday that the military “carried out their duties well. The movement of the plane was very suspicious.”
“The plane was no longer under the control of the watchtower and appeared to have come under America’s control,” Norouzi said, according to news outlet Al Arabiya. “The plane was in Israel the week before and was tampered with.”
Read More: Jerusalem Post