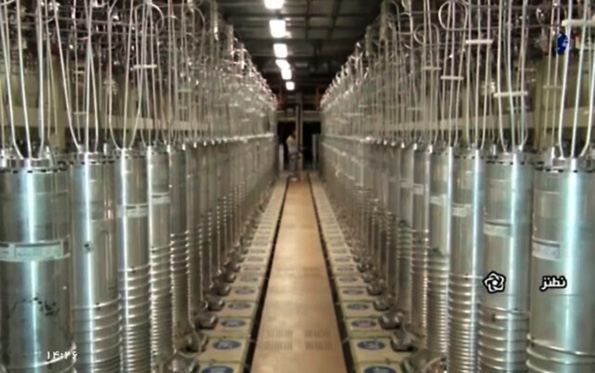 The UN nuclear watchdog said Monday that it estimated Iran’s stockpile of enriched uranium had grown to more than 18 times the limit laid down in Tehran’s 2015 deal with world powers.

The International Atomic Energy Agency said in its latest report on Iran’s nuclear program that it “estimated that, as of May 15, 2022, Iran’s total enriched stockpile was 3,809.3 kilograms.”

The limit in the 2015 deal was set at 300 kilograms (660 pounds) of a specific compound, the equivalent of 202.8 kilograms of uranium. The report also said that Iran is continuing its enrichment of uranium to levels higher than the 3.67 percent limit in the deal.

The stockpile of uranium enriched up to 20% is now estimated to be 238.4 kilograms, up 56.3 kilograms since the last report in March, while the amount enriched to 60% stands at 43.1 kilograms, an increase of 9.9 kilograms.

Enrichment levels of around 90% are required for use in a nuclear weapon.