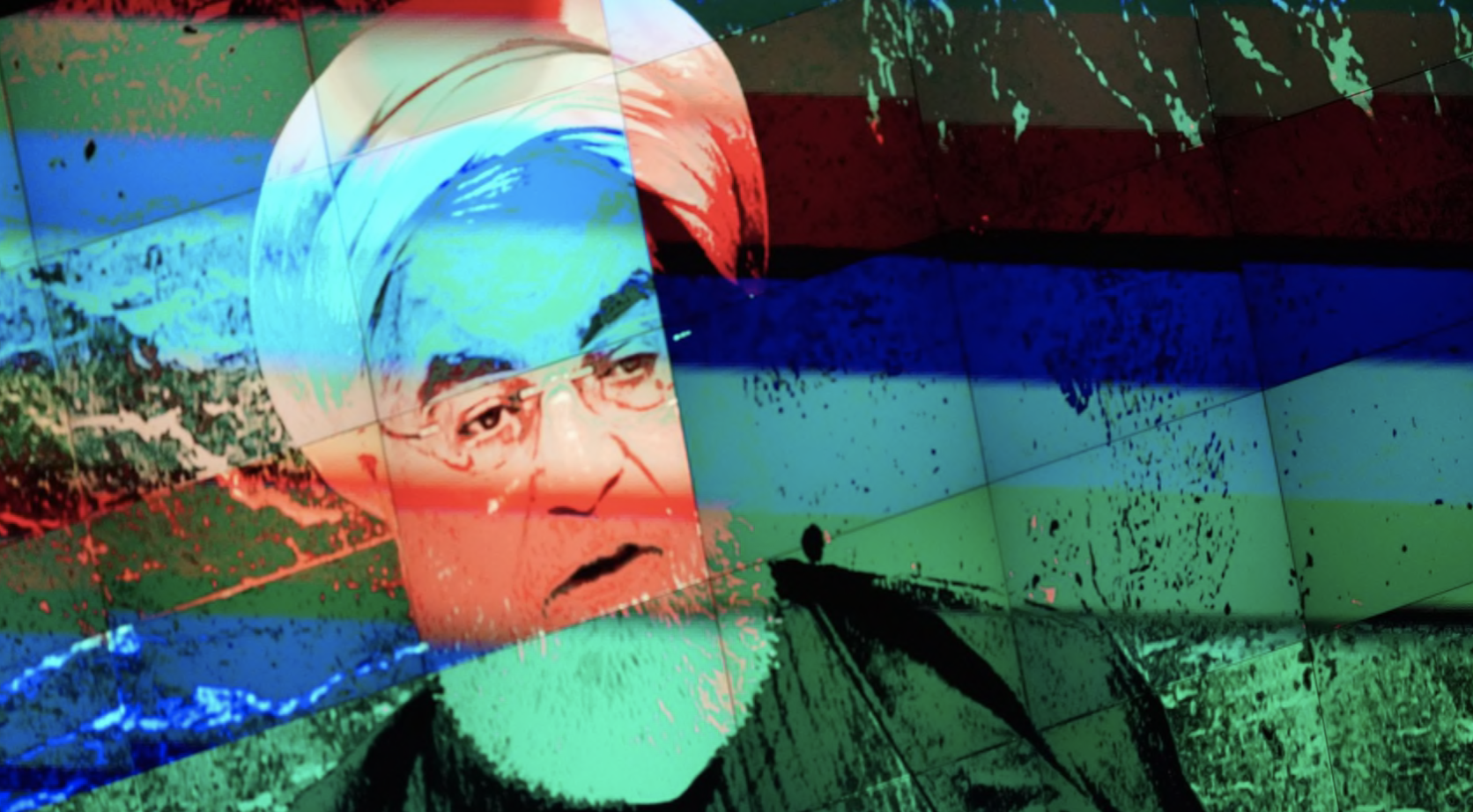 The current episode of “CSI: Saudi Arabia” is turning out to be particularly long and complicated. As in the veteran, multiple-version American television series, the investigation of the attack on Saudi Arabian oil facilities on September 14 rests on an ever-growing mountain of evidence. Western intelligence services already know for certain that Iran was behind that unprecedented attack, which wrought extensive damage to the Saudi petroleum industry, shook up the global energy market and truly horrified the rulers of the Gulf states.

But it’s a long way from that conclusion to a concrete response. This week, Iranian President Hassan Rohani was given a royal welcome at the annual meeting of the United Nations General Assembly in New York City. The leaders of the powers that remain committed to the nuclear accord with Tehran posed happily with him for photographs. British Prime Minister Boris Johnson looked positively thrilled – he was caught on film with an ecstatic smile on his face – but maybe that’s because he had managed to escape the chaos of Brexit momentarily.
On the other hand, a meeting between Rohani and U.S. President Donald Trump did not take place, despite the many feelers that had been put out in advance. The Iranians don’t seem to be in any hurry for such an encounter. They have additional demands to make of the Americans before moving to the stage of open and direct contacts: above all, they demand the removal of the re-imposed U.S. sanctions, which have struck hard at the regime in Tehran, but Trump hasn’t afforded them that achievement.

The military campaign Iran launched to reduce the pressure of the sanctions began in May. It is being conducted systematically, consistently and patiently. In the past five months, the Iranians, aided by the Houthi insurgents in Yemen and the Shi’ite militias in Iraq, have attacked a series of Saudi and Emirate targets, most of them connected to the oil industry and its maritime transportation routes. The peak was the attack on the state-owned Saudi Aramco oil-processing facilities two weeks ago.
The Iranians have demonstrated impressive planning and operational abilities in their campaign. A combination of intermediate-range cruise missiles and drones struck the Saudi targets with devastating precision after evading the expensive American-made defense systems the Saudis had purchased. Various attempts at obfuscation helped create the impression the Iranians hoped to leave after the attack. Tehran denied having anything to do with it, as usual; the Houthis intimated that they were responsible (this time, untruly); and an analysis of part of the flight path seemed to point to Iraqi-based Shiite militias. In reality, however, the decisive conclusion that is emerging is that it was an operation managed and coordinated by Tehran.

Trump knows this, but is in no hurry to take action. He is cognizant of the Iranian threat that a punitive strike by the United States is liable to thrust the entire region into war. For his part, Hezbollah leader Hassan Nasrallah threatened this week that the Gulf states “will be destroyed” in any such war. In about a month, Trump will enter the one-year countdown to the 2020 election, and any entanglement in a new Middle East war is liable to hurt his chances of winning another term in the White House. This isn’t to say that the American response will be confined to threats alone: After all, the president has already surprised his critics before. But his reluctance to enter into a confrontation is understood by everyone, most notably Tehran, which continues to engage in brinkmanship.

From Israel’s standpoint, the attack on the Saudi oil fields is nothing less than a formative event, whose regional implications will long be felt, irrespective of Trump’s actions. The operational capabilities evidenced by Iran exceed all the assessments and analyses of the Israeli defense establishment, and place in something of a ridiculous light the failed attacks organized by Iran’s Revolutionary Guards against Israel from Syria in the past two years.

A strike capability of this precision and effectiveness puts Israel’s strategic infrastructure sites in future danger, particularly in light of the fact that the country depends on single sites (e.g., Ben-Gurion International Airport, the Hadera power station). It must be taken into account that a considerable part of Iran’s arsenal of weapons is being transferred to Hezbollah – or will be in an emergency. Two months ago, Nasrallah, in one of his frequent speeches in Beirut, cited a study published recently by Israel Defense Forces Brig. Gen. (res.) Mike Herzog on the website of the Washington Institute for Near East Policy. Herzog detailed how exposed Israeli infrastructure is to attack; Nasrallah quoted him enthusiastically.

Recent developments will probably require an upgrading of Israel’s deployment for protection against missiles, rockets, drones and unmanned aerial vehicles. The multilayered system of interception developed for the IDF in the past two decades – Arrow, Magic Wand and Iron Dome – was the spearhead of world technology and provided a suitable response, particularly to the rockets launched from the Gaza Strip. However, in the future, given the vast stockpiles of rockets possessed by Hezbollah and the disparity in costs between attack missiles and defending missiles (which exceed the former by a hundredfold and more), there will be no alternative but to come up with supplementary solutions.
Approval of the new multiyear plan for the IDF, initiated by Chief of Staff Aviv Kochavi and code-named Tnufa (“Momentum”), is still on ice, because of the prolonged impasse in the corridors of power. But within its framework, the intention is to reexamine the possible development of laser-based intercept systems, a cheaper alternative that a decade ago lost out to Iron Dome – when the army and the Defense Ministry concluded that such systems had not yet reached technological and operational maturity.
That is a sensitive subject – there is virtually no issue of sharper ideological or emotional dispute than this between those two entities, which each support different options – but for now the discussion only concerns a future scenario. Incidentally, the U.S. military is discussing laser-related technologies now as well. The Americans’ intention is to develop by 2023 three possible prototypes for laser-intercept systems, but their focus is on coming up with tactical solutions to relatively small-scale threats, such as those posed by short-range missiles, UAVs and drones.
Combat scenarios
Before participating in the traditional toast for the Jewish New Year with members of the Likud Central Committee on Thursday, Prime Minister Benjamin Netanyahu met briefly at defense establishment headquarters in Tel Aviv with the General Staff of the Israel Defense Forces.