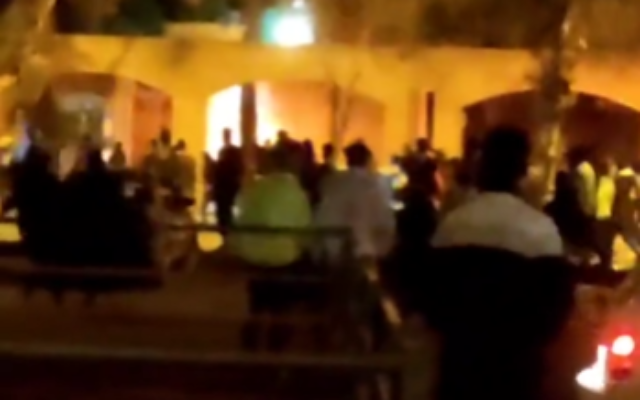 Protesters in Iran have set on fire the ancestral home of the Islamic Republic’s founder Ayatollah Ruhollah Khomeini, two months into the anti-regime protest movement, images showed on Friday.

The house in the city of Khomein in the western Markazi province was shown ablaze late Thursday with crowds of jubilant protesters marching past, according to images posted on social media, verified by AFP.

“This year is the year of blood,” some were heard chanting, according to a report by the Dubai-based Arab news outlet Al Arabiya, adding that current Supreme Leader Ali Khamenei “will be toppled.”

Khomeini is said to have been born at the house in the town of Khomein — from where his surname derives — at the turn of the century.

He became a cleric deeply critical of the US-backed shah Mohammed Reza Pahlavi, moved into exile but then returned in triumph from France in 1979 to lead the Islamic Revolution.