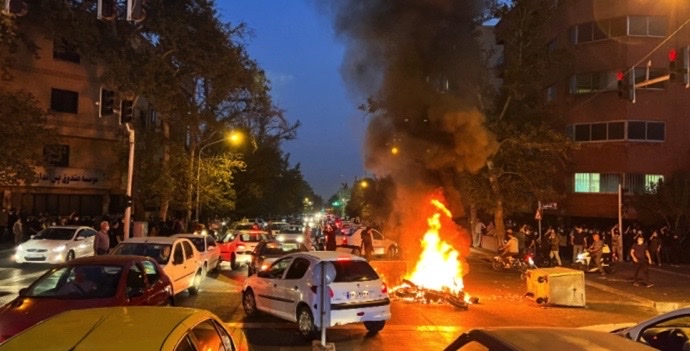 Protests ignited by the death of 22-year-old Mahsa Amini while in the custody of Iran’s morality police on Sept. 16 have turned into one of the boldest challenges to the clerical leadership since the 1979 revolution.

A crowd of at least 100 people blocked a road in central Tehran, shouting “by cannon, tank or firecracker, mullahs must get lost”, one video showed. Another video showed dozens of riot police deployed in a Tehran street where a fire was burning.

Tear gas was fired during a protest outside the lawyers association in Tehran, where demonstrators who appeared to number in the dozens had chanted “women, life freedom”, videos posted on social media showed.