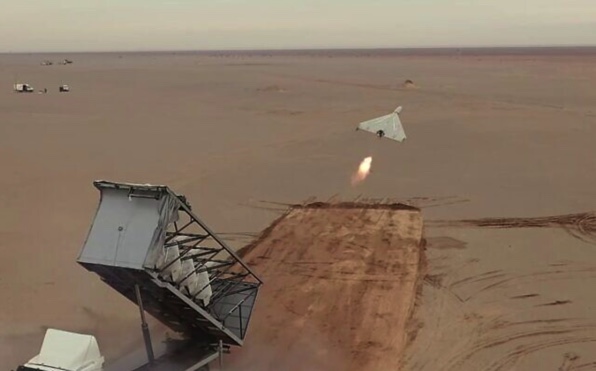 Iranian UAVs downed over Iraq in February were heading for Israel, officials say

Two drones that were reportedly launched from Iran and intercepted by the US-led international coalition in Iraq last month are believed to have been aiming for Israel, officials said Monday.

The incident came days before Israel allegedly launched a strike on a drone warehouse at an airbase in western Iran, prompting Iran’s Islamic Revolutionary Guard Corps to launch a dozen ballistic missiles at what it claimed without evidence was an Israeli “strategic center” in Iraq’s northern city of Erbil.

Images of one of the drones published online showed a design similar to Iran’s Shahed-136 model.

“The drone is now in custody and is being analyzed by Coalition forces,” the official said, adding that the drone model was one that had been previously used by “malign actors” against targets in the United Arab Emirates and Saudi Arabia.