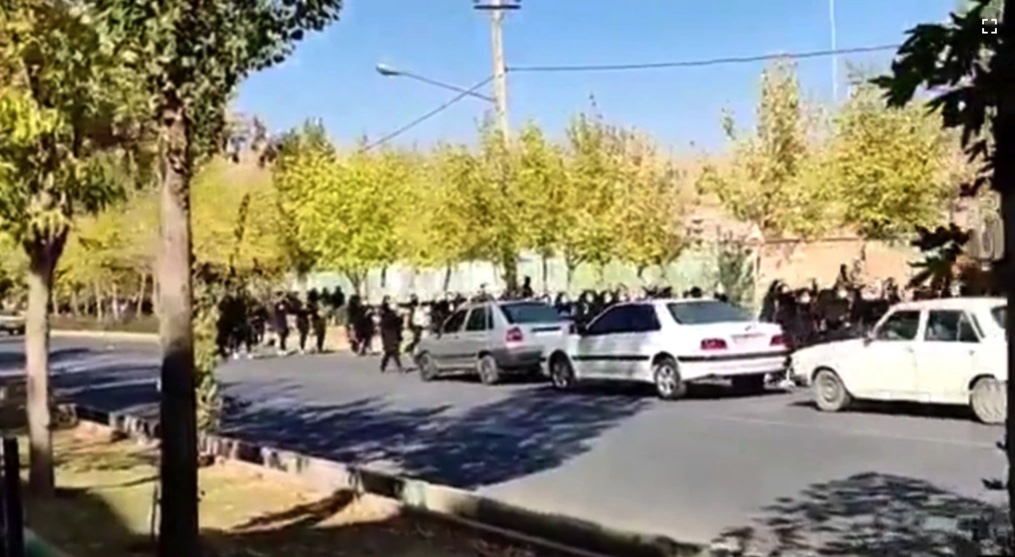 Iranian security forces deployed at universities in several cities on Wednesday, witnesses said, stepping up efforts to quell more than two weeks of protests ignited by the death of 22-year-old Mahsa Amini in the custody of morality police.

The nationwide unrest sparked by her death has spiraled into the biggest challenge to Iran’s clerical leaders in years, with protesters calling for the downfall of the Islamic Republic founded in 1979.

Riot police fanned out in the cities of Urmia, Tabriz, Rasht and the capital Tehran, particularly around universities which have been a focal point of protests in recent days, the witnesses said.

“There are lots of security forces around Tehran University. I am even scared to leave the campus. Lots of police vans are waiting outside to arrest students,” said a student in Tehran.

Rights groups say thousands have been arrested and hundreds injured in the crackdown waged by security forces including the Basij, a volunteer militia affiliated with Iran’s Revolutionary Guards. Rights groups put the death toll at over 150.