Iranian parliament designates all US military forces as terrorists 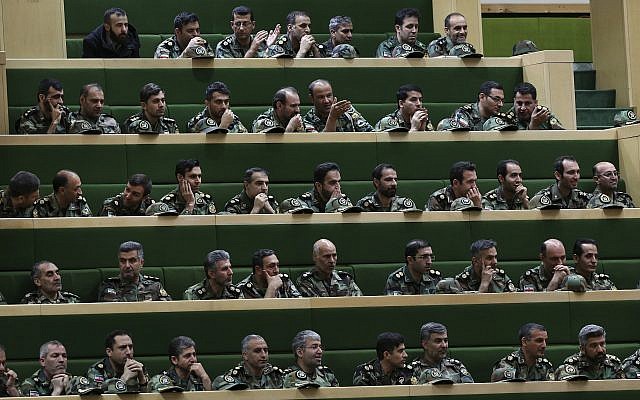 TEHRAN, Iran — Iranian media said Tuesday the parliament has approved a bill that labels all US military forces as terrorist.

The legislation is a step further after Iranian lawmakers last week approved a bill labeling US troops in the Mideast as terrorist, a day after the US terrorism designation for Iran’s Revolutionary Guard came into effect.

The report by the semi-official ISNA news agency said 173 out of 215 lawmakers at the session voted for the bill on Tuesday.

The bill also demanded the Iranian government take unspecified action against other governments that formally back the US designation. Saudi Arabia, Bahrain and Israel have all supported the Trump administration’s designation.

Washington’s designation of the IRGC — the first-ever for an entire division of another government — adds another layer of sanctions to the powerful paramilitary force and makes it a crime under US jurisdiction to provide it with material support.

However, the Reuters news agency reported Sunday that the US has largely carved out exceptions so that foreign governments, firms and NGOs are not automatically hit with sanctions for dealing with Iran’s Revolutionary Guards.