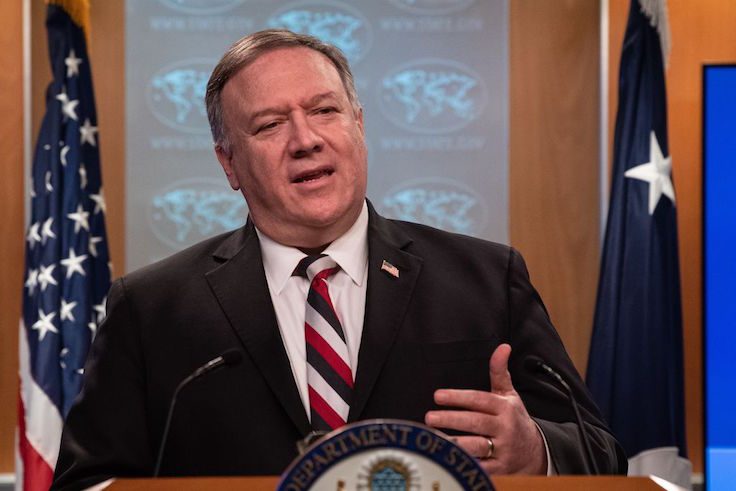 Iranian regime officials stole more than $1 billion in humanitarian funds meant to be used to help the country’s people fight the spread of coronavirus, according to Secretary of State Mike Pompeo.

European countries intended for more than $1 billion cash for medical supplies to go to the Iranian people, who have been ravaged by the virus. But American officials say regime leaders instead pocketed the money and are now using it to protect themselves from the virus as it spreads throughout the population. This includes hoarding medical supplies that were meant to aid Iranian citizens.

Multiple regional reports have showed that before and since the virus began spreading, Iranian leaders stole funds purposed directly to support the ailing Iranian people.

Iran has been among the hardest hit by the virus, and its government’s response has drawn international criticism, especially from the Trump administration. Secretary of State Pompeo accused Iran of mass corruption as the regime continues to spread propaganda, including accusations that the United States manufactured the coronavirus and is using its tough global sanctions campaign to prevent Iran from accessing medicine and humanitarian aid.