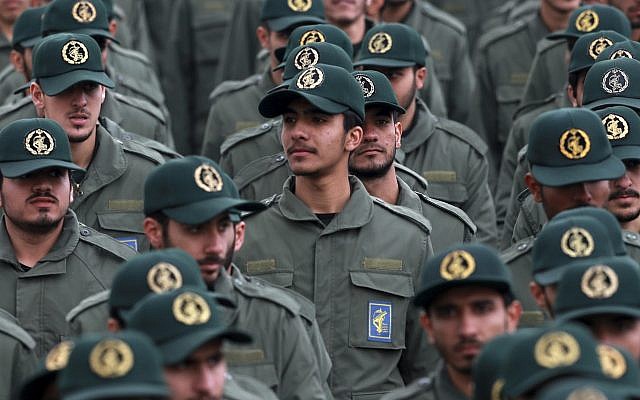 Iranian media said many of the lawmakers wore the uniform of the guard in a show of support for the force. The session comes as Iran marks the annual National Day of the Revolutionary Guard.

Parliament Speaker Ali Larijani denounced the US decision as the “climax of stupidity and ignorance.”

Monday’s US move is an unprecedented declaration against a foreign government and may prompt retaliation, making it harder for the US to work with allies in the region.