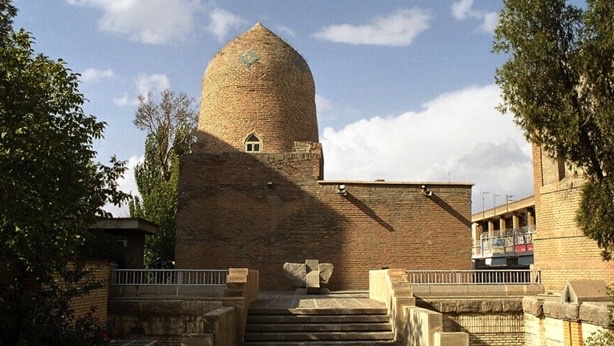 Ahead of the Purim holiday, Israel’s National Library has revealed an exchange of historical letters proving that Iranian Jews purchased the Tomb of Esther and Mordechai in the Iranian city of Hamadan in 1971. The purchase marked 2,500 years to Persian King Cyrus the Great’s edict allowing Babylonians to worship the god of their choice.

The letters reveal negotiations between Jewish representatives in the country and officials in Shah Mohammad Reza Pahlavi’s government regarding the purchase of the plot in which according to tradition, Mordechai and Esther, whose story is read in the book of Esther on Purim, are buried. The extraordinary exchange was preserved by the ORT organization, maintained in the central archive in the National Library’s Central Zionist Archives.

There is no mention of their burial site in Jewish texts, but according to several local traditions dating back to the Middle Ages, the two are buried in Hamadan. According to one of the traditions, following the death of King Ahasuerus, supporters of Haman, who attempted to have all the Jews in the kingdom killed, sought to exact revenge, prompting Esther and Mordechai to flee to Hamadan.