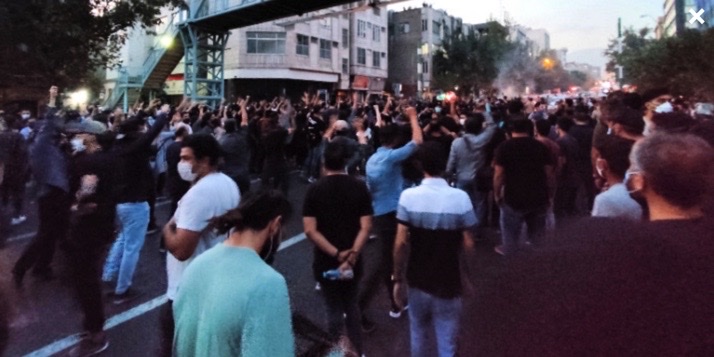 Iran‘s powerful Islamic Revolutionary Guards Corps (IRGC) called on the Islamic Republic’s judiciary on Thursday to prosecute “those who spread false news and rumors” about a young woman whose death in police custody has triggered nationwide protests.

Protesters in Tehran and other Iranian cities torched police stations and vehicles earlier on Thursday as public outrage over the death showed no signs of easing, with reports of security forces coming under attack.

Mahsa Amini, 22, died last week after being arrested in Tehran for wearing “unsuitable attire”. She fell into a coma while in detention. The authorities have said they would launch an investigation into the cause of her death.

In a statement, the Guards expressed sympathy with the family and relatives of Amini.

“We have requested the judiciary to identify those who spread false news and rumors on social media as well as on the street and who endanger the psychological safety of society and to deal with them decisively,” the IRGC, who have cracked down on protests in the past, said.