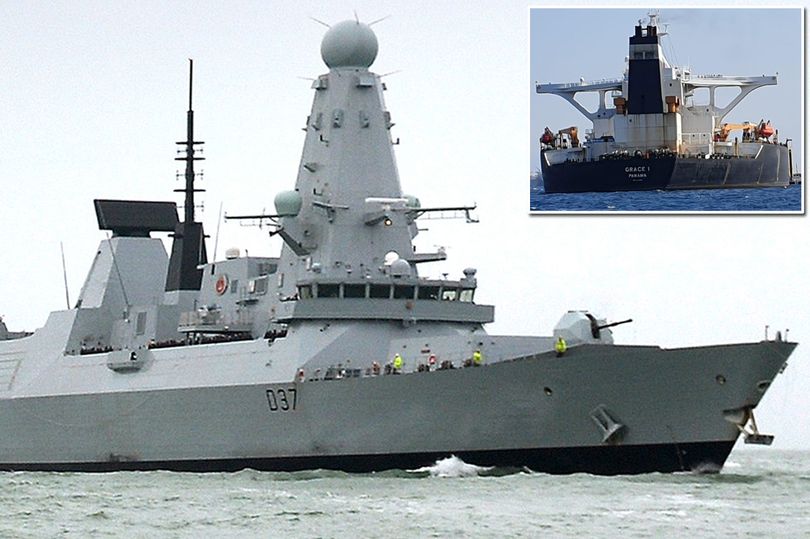 A British warship steaming to the Gulf is on high alert after an Iranian “bomb boat” was discovered in its path.

The unmanned attack vessel packed with explosives could have blown a hole in the hull of Type 45 destroyer HMS Duncan.

The remote-controlled Blowfish was spotted lurking in the Red Sea by Saudi forces close to HMSDuncan’s route as she sails to protect shipping in the Gulf.

Iran has sworn revenge after Royal Marines impounded one of its tankers suspected of trying to illegally deliver oil to Syria.

Sources believe the Blowfish, which can be steered from four miles away, was deployed by Iran’s Houthi allies.

Heavily-armed Duncan, which is due to join the frigate HMS Montrose, will be at “action stations” as she sails though the Suez Canal.

Former naval officer Simon Warrington warned: “The threat from the Houthis, who as Iran’s proxy militia do Tehran’s dirty work, is very real.”

HMS Duncan is the latest warship to join the growing fleet gathering in the Gulf – after America sent another warship and a Patriot missile-defence ­system to the Middle East amid ­escalating tensions with Iran in May.

Amphibious transport ship the USS Arlington – with amphibious vehicles and helicopters on board – will join a strike force led by aircraft carrier USS Abraham Lincoln.

And B-52 bombers have arrived at a base in Qatar, the Pentagon said.

The US says the Gulf deployments are in response to “heightened Iranian readiness to conduct offensive operations”.

The Pentagon added that Washington was “ready to defend US forces and interests in the region” but did not seek conflict.