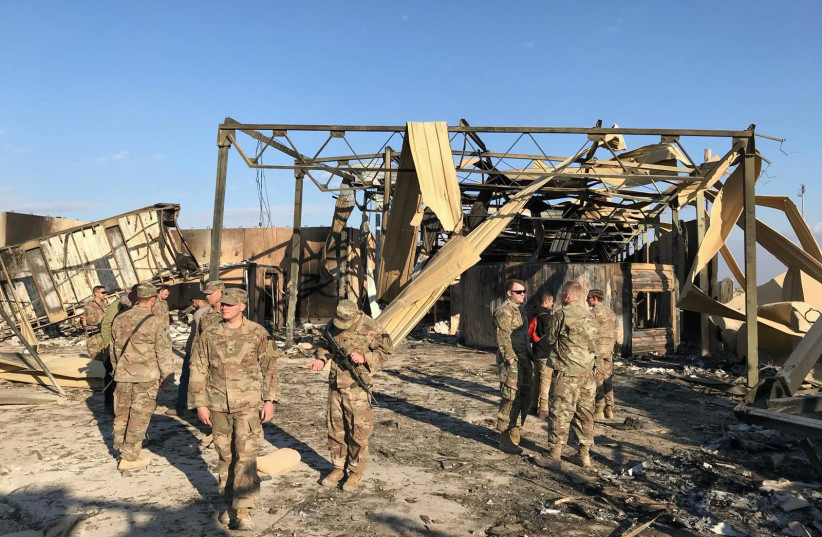 Iranian-backed rocket attacks on US increase in Iraq

On Tuesday two rockets landed at Ain Al-Asad air base in western Iraq. On Monday three to six rockets fell near Balad Air Base in Iraq according to various reports. The base houses US contractors and has been targeted numerous times in the past by pro-Iranian militias targeting Americans.

This appears to be the third attack in three days, an increase in these pro-Iranian attacks on US forces in Iraq. The attackers frequently use 107mm rockets supplied by Iran, although they have also used drones in a new escalation. The attacks are designed to provide Iran leverage, to harass the US and to create plausible deniability for Iran.

The US line regarding these attacks is to claim that the base is an “Iraqi base” and note that it does not house US or coalition troops. This negates any need to hold anyone responsible. The US Pentagon press secretary John Kirby did acknowledge that “there is a private US company that does have contractors working there.” The US is “concerned about any use of violence by any group in Iraq.” This statement makes it clear the US does not currently want to emphasize that this attack fits a long pattern of pro-Iranian militias, many tied to leading parties in Iraq,  targeting the US.

On Sunday two rockets were fired at Iraq’s Baghdad International Airport, targeting a housing complex used by US-led Coalition troops, according to local reports. At the time that was considered the second attack in ten days. An air defense system known as C-RAM was used to defend against the attack.

According to the AP “almost 30 rocket or bomb attacks have targeted American interests in Iraq, including troops, since President US Joe Biden took office in January.” There was another attack on Baghdad Airport on Thursday, May 29. That included three rockets. An Iraqi soldier was wounded.