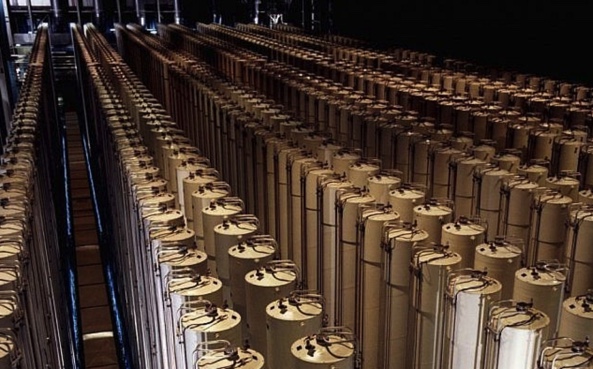 TEHRAN — Iran said Saturday that its uranium enrichment capacity has increased to record levels, a day before UN nuclear monitors are set to visit the country.

“Currently, the enrichment capacity of the country has reached more than twice the entire history of this industry,” Mohammad Eslami, head of the Atomic Energy Organization of Iran, was quoted as saying by state news agency IRNA.

“Nuclear energy and atomic power production have great economic savings for the country and are effective in reducing fossil and non-renewable fuel consumption and environmental problems,” he added.

The International Atomic Energy Agency said last month that according to its assessment, as of October 22, Iran has an estimated 62.3 kilograms (137.3 pounds) of uranium enriched to up to 60% fissile purity. That amounts to an increase of 6.7 kilograms since the IAEA’s last report in September.

That enrichment to 60% purity is one short, technical step away from weapons-grade levels of 90%. Nonproliferation experts have warned in recent months that Iran now has enough 60%-enriched uranium to reprocess into fuel for at least one nuclear bomb.