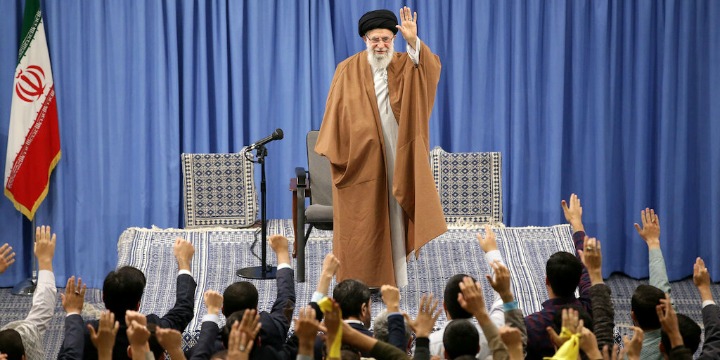 Iran Will Support Any Nation or Group ‘Who Opposes and Fights’ Israel, Khamenei Vows Ahead of Quds Day

Iran will support any nation or group that fights Israel, Ayatollah Ali Khamenei said on Wednesday, ahead of this week’s annual observance of Quds (Jerusalem) Day.

“We will support and assist any nation or any group anywhere who opposes and fights the Zionist regime, and we do not hesitate to say this,” Khamenei said in a post on his official English-language Twitter account.

Separately, Khamenei claimed on Wednesday that Iran’s enmity toward Israel was not the same as hostility toward Jewish people.

“The elimination of the government of Israel does not mean the elimination of Jews. We don’t have an issue with Jewish people,” Khamenei said in a post on his official Farsi-language Twitter account.

“‘Elimination of Israel‘ means the Muslim, Christian and Jewish people of #Palestine choose their own government themselves and push out foreigners and thugs like [Israeli Prime Minister Benjamin] Netanyahu,” the post added.

Khamenei is scheduled to speak on Friday to mark Quds Day.